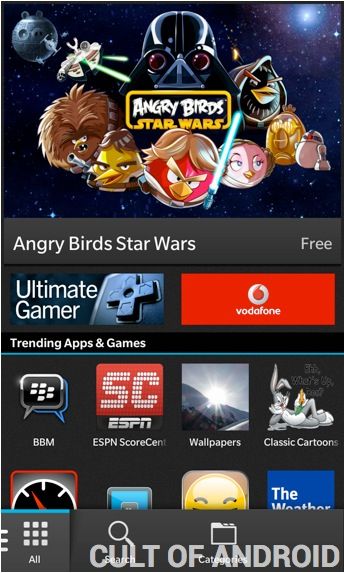 The Z10 has launched with access to over 70,000 apps, according to BlackBerry, which sounds like a lot. But from what I can tell, most people won’t be interested in about 98% of those. As you’d expect, there’s a vast selection of flashlight apps, plus a lot of apps that aren’t really apps — they just put shortcuts to web apps on your home screen.

It doesn’t matter which platform you’re coming from, or even if you’re a diehard BlackBerry fan, you’re going to be disappointed with the app selection on BB10 right now. And I can’t stress that enough — there’s hardly anything here. You’ll find hardly any of the services you love.

What’s even worse than non-existent apps, however, is those that have been ported from Android. They’re not designed to work under BB10, and that’s instantly noticeable. They actually run in an Android 2.3 Gingerbread emulator, which means they’re sluggish, unresponsive, unstable, and completely disconnected from core BB10 features.

There’s nothing more frustrating than spotting an app you like in BlackBerry World only to find out after you’ve installed it that it’s a dreadful Android port. None of the ports I’ve tested have offered a good experience. In fact, I don’t understand why BlackBerry allowed this to happen.

I have no doubts that the BlackBerry World app selection will improve, but right now, it’s nothing.

I know the company wants to encourage Android developers to bring their apps to BB10, but giving them this option just doesn’t work. It just means that BlackBerry World is becoming filled with poor Android ports that run horribly. And if half the apps you download are like that, the BB10 experience isn’t going to be a good one.

I have no doubts that the BlackBerry World app selection will greatly improve over time, but right now, it’s nothing in comparison to Android and iOS. 70,000 apps is just 10% of the selection Google Play has, and that really shows when you start searching for the apps you love.

BlackBerry 10 isn’t ready to be your primary smartphone OS.

The BlackBerry Z10 is a very nice smartphone, and it ticks almost all of the right boxes. It looks good, it has an awesome display, it’s fast and response, and it’s got a pretty decent camera. It’s actually much better than I was expecting. Battery life is a concern, however, and I’m hoping this is something BlackBerry can address with future updates to the OS.

BB10 does a lot of things very well, and it has bags of potential.

But of course, BlackBerry 10 is the real reason why you might consider buying this device, and right now, I don’t think it’s ready to be your primary smartphone OS. I think BlackBerry has made a terrific start — as a first edition of a brand new OS, BB10 is very impressive. It does a lot of things very well, and it has bags of potential.

Some have argued that it’s not really any different to Android or iOS, and in some ways that’s true. But I like what BlackBerry is doing with BB10; things like the BlackBerry Hub, Active Frames, the camera software, and the awesome keyboard all contribute to a good OS. And to someone who’s been using Android and iOS devices for the past five years, it’s nice to have something new. 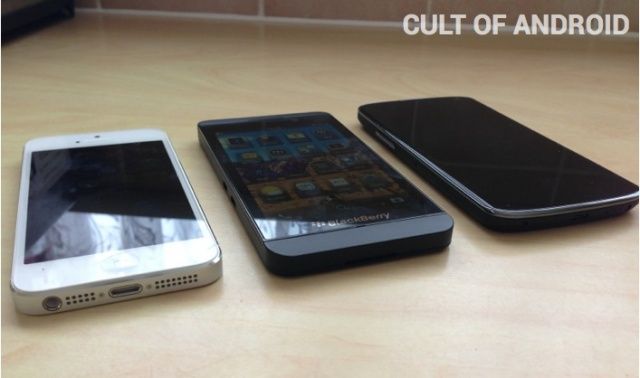 But if you’re switching to the Z10 from an iPhone or an Android powered smartphone — or even an older BlackBerry — you’re going to be disappointed with the lack of apps. There’s no two ways about it.

Because of this, it’s hard to recommend the Z10 over other smartphones — and to those thinking about switching, you’d be crazy to sell your current smartphone for a Z10 at this point. That will change — BlackBerry World is getting new apps every day, and at some point most of the services you love will be there. But it’s going to take some time.

For now, I’d suggest you hold onto your cash.

Let’s see how things are when the Z10 comes to the U.S. in March — by then, BlackBerry is promising another 30,000 apps, and hopefully some of them will be worth downloading. For now, however, I’d suggest you hold onto your cash.