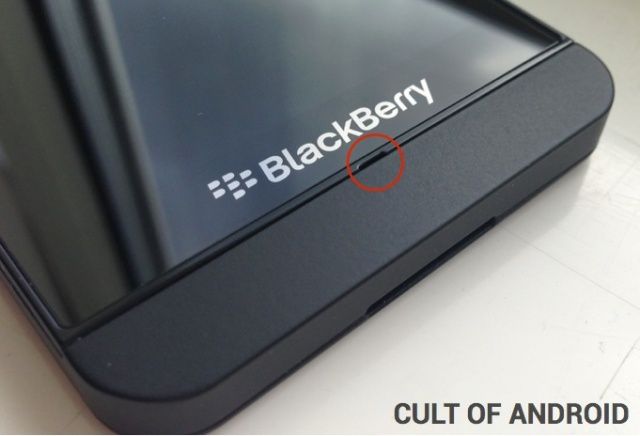 The Z10’s microphone sits beneath the display.

The speakerphone is okay, but it’s best in a quiet room. It’s not all that loud, which means it becomes a little difficult to hear in a noisy car. You’ll probably be better off using the included headphones while driving instead — though these aren’t ideal for music.

As for the Z10’s main speaker, I’ve been fairly impressed with it — it’s significantly better than the Nexus 4’s speaker, and it’s in a better place. It’s loud enough for watching videos or listening to music most of the time, and the sound quality itself isn’t bad — you can turn the volume up almost all the way before it starts to become distorted.

You certainly won’t be using the Z10’s speaker to hold a disco, but as smartphone speakers goes, it’s not bad.

The Z10 boasts all of the connectivity options you’d expect from a modern smartphone, including Wi-Fi 802.11 a/b/g/n, Bluetooth 4.0, and GSM, HSDPA, and LTE. It also offers NFC, a micro-USB port, and a micro-HDMI port — as I mentioned earlier.

I couldn’t test LTE because it’s still hard to come by in the U.K., but I found the Z10’s 3G performance to be as good as — if not better than — the iPhone 5’s. With a good signal, web browsing is pretty snappy, and even video streaming from YouTube was relatively quick. Of course, this will vary depending on your coverage.

The Z10’s Bluetooth performance has also been good for me; I’ve connected it to a number of Bluetooth speakers around the house, and the Bluetooth system in the car, and found it to be smooth and snappy.

The Z10’s battery performance has been one of its biggest disappointments so far. I’ve been using it more than I normally would most days — simply because I’ve been road testing it for this review — but even when I gave it a rest and used it as I normally would use a smartphone for a couple of days it drained much faster that I’d expect. 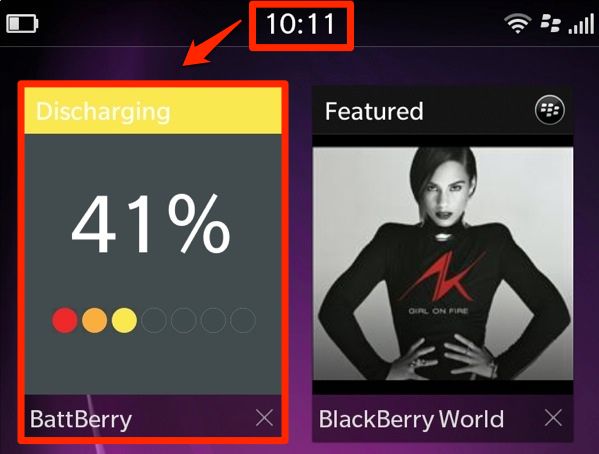 This was charged overnight.

I’ve been charging the Z10 throughout the night, then unplugging it at around 6:30 a.m. on a weekday, and around 7:30 a.m. over the weekend. Under normal circumstances — a few phone calls, some texting, an hour or two of web browsing, and reading and replying to a handful of emails — it’s kept going until the evening, around 8 or 9 p.m. But under heavy use I was having to plug it in around 3 to 4 p.m. Needless to say this is going to be an issue for most users.

The Z10 does have a removable battery, and I’d certainly recommend carrying a spare (fully charged) if you’re going to be on the road for a full day. There’s actually a battery charging accessory for the Z10, which allows you to charge a spare battery while you’re using another in the device. I had wondered why it was necessary — now I know.

I thought the Nexus 4’s battery life was bad, but it’s noticeably better than the Z10’s.

I had felt the Nexus 4’s battery was bad when I first starting using it in place of my iPhone, but it’s noticeably better than the Z10’s. And in comparison with the iPhone, there’s a whole world of difference. I’m hoping this is something BlackBerry can improve with a software update later on; it certainly needs to do something.

Let me give you a quick example: When I woke up at 7:30 this morning, I unplugged the Z10 and used it to check my email, reply to a text message, and to flick through the news headlines on the BBC’s homepage. I got out of bed at 7:42 — so I was using the device for just 12 minutes — and battery life had reduced from 100% to 92%, according to a third-party app I’ve been using.