Building a smartphone that beats the Galaxy S6 has likely been Samsung’s biggest challenge so far. How do you improve upon an already stellar design and one of the best smartphone cameras on the market? You build the Galaxy S7.

With its curved glass back, larger battery, Dual Pixel camera and even more powerful internals, the Galaxy S7 is the smartphone to beat in 2016.

Like Apple, Samsung has come to understand that winning formulas don’t need drastic changes every year. To the average consumer, the Galaxy S7 looks no different to its predecessor, and it doesn’t need to.

The Galaxy S7 is still pretty enough to give the iPhones of this world a run for their money, and when you combine its gorgeous glass design with the best specifications and must-have features, you have an outstanding product.

Although it looks just like a Galaxy S6 at first glance, the Galaxy S7 ushers in a number of nice design improvements. The big one is the curved glass back — like that found on the Galaxy Note 5 — which makes the device incredibly comfortable to hold in your palm.

The aluminum frame around the device is more rounded, too — as are the edges of the Gorilla Glass that protects the Galaxy S7’s incredibly sharp Super AMOLED display. The home button is slightly bigger, which makes the fingerprint scanner more reliable. 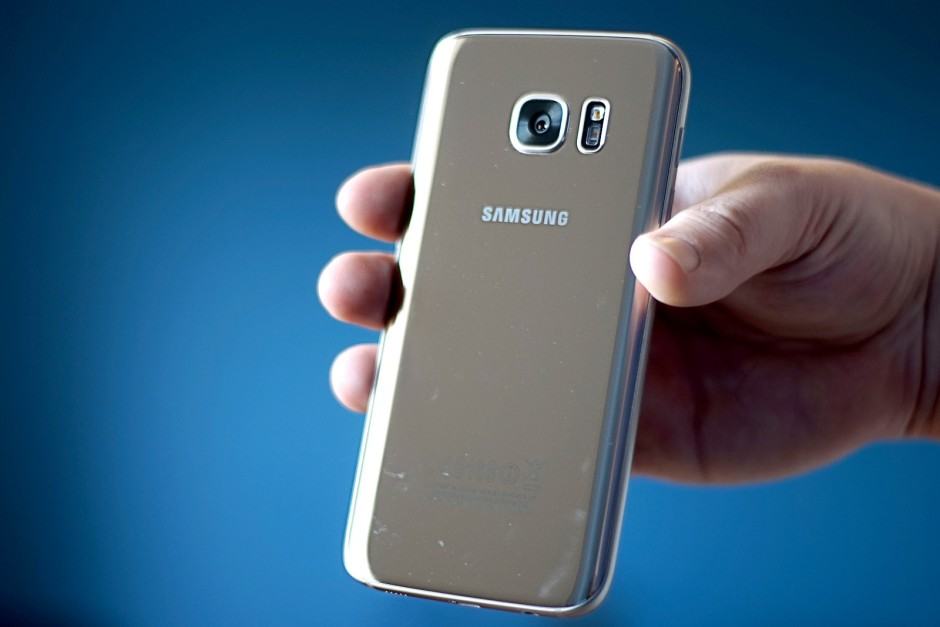 Galaxy S7 has a curved glass back that’s a perfect fit for your palm. Photo: Ste Smith/Cult of Android

The Galaxy S7 is noticeably thicker than its predecessor at 7.9mm — up from 6.8mm — but it makes up for that with a larger 3,000mAh battery. Its rear-facing camera doesn’t stick out so much, either, and expandable storage is back, with support for microSD cards up to 200GB in size.

Samsung has stuck with micro-USB instead of switching to USB-C like many of its rivals, but this is to maintain compatibility with its Gear VR headset, so if you already own own, you won’t need a new one for Galaxy S7. The headphone jack remains on the bottom edge, too.

It’s shiny glass panels make the Galaxy S7 a fingerprint magnet, so you’ll find yourself polishing it often if you don’t use a case or skin. That’s a small price to pay for a design that looks this good, though. The glass also allows power to pass through for wireless charging.

Another big improvement for Galaxy S7 is water-resistance. It’s IP68-certified, which means it will withstand water up to 1.5 meters (5 feet) deep for as long as 30 minutes. We don’t recommend you take it in the pool or even in the shower unnecessarily, but it’s nice to know that if it gets wet, you’re not going to end up with a costly repair bill.

The Galaxy S7 performs exactly how you would expect a high-end smartphone to perform. Opening apps and menus is delightfully snappy, scrolling long pages is smooth and mostly jitter-free, and the latest games run flawlessly without any hiccups.

Samsung has finally fixed the memory management issues that plagued last year’s devices, so switching between apps is a much more seamless experience, too. And with 4GB of RAM on-board, apps remain open in the background longer without needed to refresh so frequently. 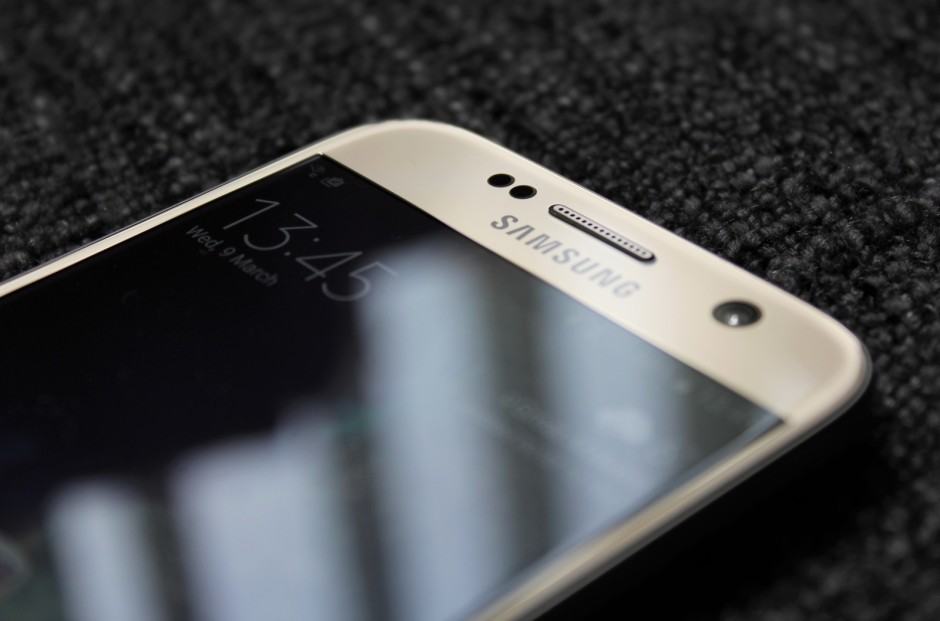 We tested the Exynos 8890 version of the Galaxy S7, which is what you’ll get in most markets outside of the U.S. and South Korea. According to benchmark tests, this model isn’t as powerful as its Snapdragon 820-powered sibling (despite four additional CPU cores), but we certainly don’t have any complaints.

Thanks to the Galaxy S7’s larger battery and the power-saving improvements baked into Android 6.0.1 Marshmallow, it lasts longer in between charges. Battery life probably isn’t as stellar as Samsung led us to believe during its Unpacked keynote, but I’ve been pleasantly surprised by it so far.

In standby mode, the device burns hardly any power at all — even with the always-on display enabled. With average use, you shouldn’t have any issues getting through your day with plenty of power to spare at the end of it. I’ve been using the Galaxy S7 pretty heavily over the past three days, and I’m yet to reach bedtime with less than 10 percent left.

If you do find yourself low on power, it doesn’t take long to top up. Samsung says the Galaxy S7 series charges up to 60 percent faster than the Galaxy S6 series thanks to Quick Charge 2.0 technology (not the newer Quick Charge 3.0, unfortunately). Wireless charging is built-in, too — but that’s still slower than charging by cable.

The Galaxy S7’s display isn’t vastly different to the Galaxy S6’s — it’s still a 5.1-inch Quad HD panel — but thanks to increased brightness, it does just enough to become the best smartphone display on the market.

Whether you’re watching movies, playing games, browsing the web, or editing your photos, you’ll enjoy incredibly bright and vibrant colors and super sharp text. Like all Samsung displays, color saturation is ever so slightly excessive, but that’s not necessarily a bad thing — and there are other display modes to choose from if you don’t like the default one.

The increased brightness makes the Galaxy S7 comfortable to use outdoors in bright daylight, which is great when you’re taking photos on a sunny day. It also goes dull enough to be comfortable to use in dark rooms at night, but Samsung is yet to add a blue light filter like iOS 9’s Night Shift mode.

What makes the Galaxy S7’s display really great is its new always-on feature, which can show the time and date, calendar, and an image of your choosing on the lock screen while the phone is idle. Certain notifications (those for Samsung’s own apps) will appear here, too, so you can see what’s waiting for your without having to wake the device.

Those notifications aren’t interactive, so you can’t do anything with them — and there’s no double-tap to wake feature, either. But the always-on display is certainly nice to have, and it doesn’t seem to burn too much power. If you don’t like it, it can be turned off.

Samsung’s fingerprint scanner has been improved again this year, so it’s faster and more reliable than ever. It’s not quite on par with Touch ID — I still have to scan mine twice every now and then — but it’s close, and reliable enough to use.

Samsung blew us away with its smartphone cameras last year, and it’s raising the bar again in 2016. If photography is important to you and you want the best shooter you can get in a smartphone today, then the Galaxy S7 is the device for you — I just can’t praise it enough.

Don’t let the drop in megapixels (from 16 to 12) fool you; the photos you take with the Galaxy S7 are just as detailed as those you get from the Galaxy S6. The new model also boasts larger pixels that let in more light, so images are brighter and more vibrant. 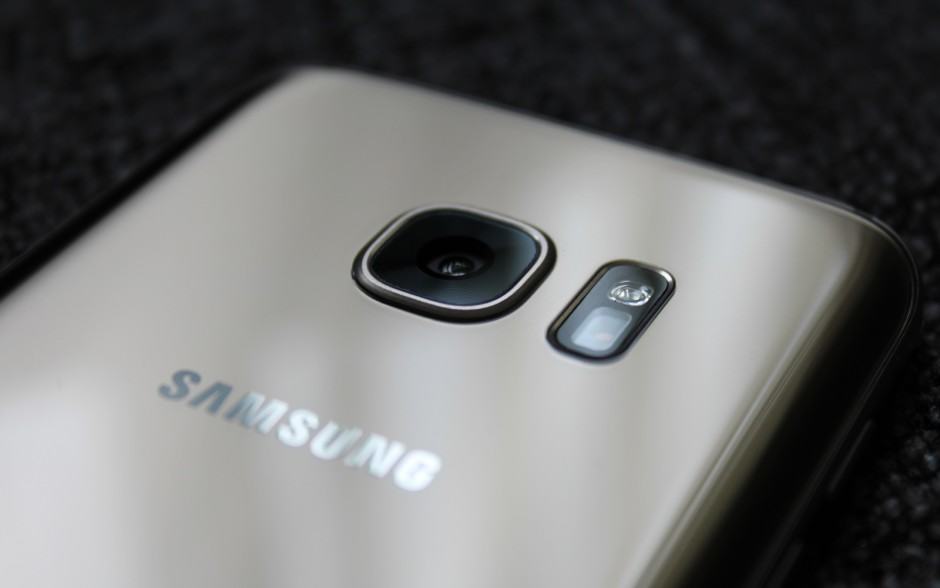 Low light performance is particularly impressive. While most other smartphones struggle in darker environments, the Galaxy S7 is able to capture enough light to deliver surprisingly decent results — much better than those you’re getting out of the smartphone you have now.

Thanks to Samsung’s new Dual Pixel technology, which Samsung has borrowed from DSLR camera, autofocus is insanely fast whether you’re snapping pictures or shooting video. This is incredibly useful when you’re trying to capture moving subjects like animals, cars, or kids.

Optical image stabilization and 4K video recording are also available on the Galaxy S7, and you won’t have trouble storing those Ultra HD movies thanks to the microSD card slot.

If I had to criticize the Galaxy S7’s camera, I’d say it still has a tendency to shoot images with a slight yellow tinge every so often — like the Galaxy S6’s camera did. But it doesn’t happen often enough to be an issue, and when it does, you’ll hardly notice it.

The Galaxy S7’s front facing camera is good enough for sharp selfies, and the built-in Camera app applies some nice effects in real-time that will make you look prettier.

Here are some untouched photos we’ve taken with the Galaxy S7:

What a difference! Photo: Killian Bell/Cult of Android

The Camera app also boasts various modes for different shooting scenarios, support for RAW image capture, and a great manual mode. There’s enough here to ensure you don’t need third-party camera apps, but it’s easy to use and not too overwhelming.

Performance has been terrific for me, even while multitasking and running two apps side-by-side, and the features Samsung has baked in are almost all welcome additions to Android; it’s not longer the bloated mess it used to be.

TouchWiz is also slightly prettier this year, and the theme engine has returned, so you can switch up the look of the app icons, menus, wallpapers, and more. It’s still a far cry from stock Android, but it doesn’t get in the way anymore.

Samsung’s smartphone lineup was turning into a joke just two years ago when it launched the Galaxy S5 with its flimsy plastic form factor, but when sales started falling, it finally listened to our cries for big improvements. And boy, are we glad it did. 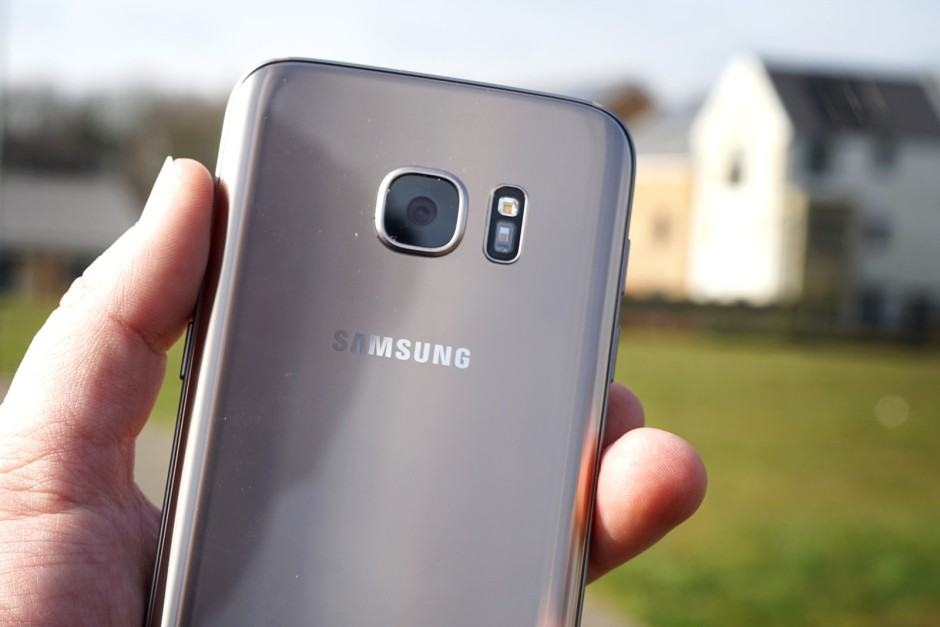 Get a Galaxy S7. You won’t regret it. Photo: Ste Smith/Cult of Android

Its stunning design, high-end specifications, and stellar camera made the Galaxy S7 the best Android smartphone on the market right now — and quite possibly the best we’ll see this year. It’s a big improvement on the Galaxy S6, and an even bigger improvement over everything else.