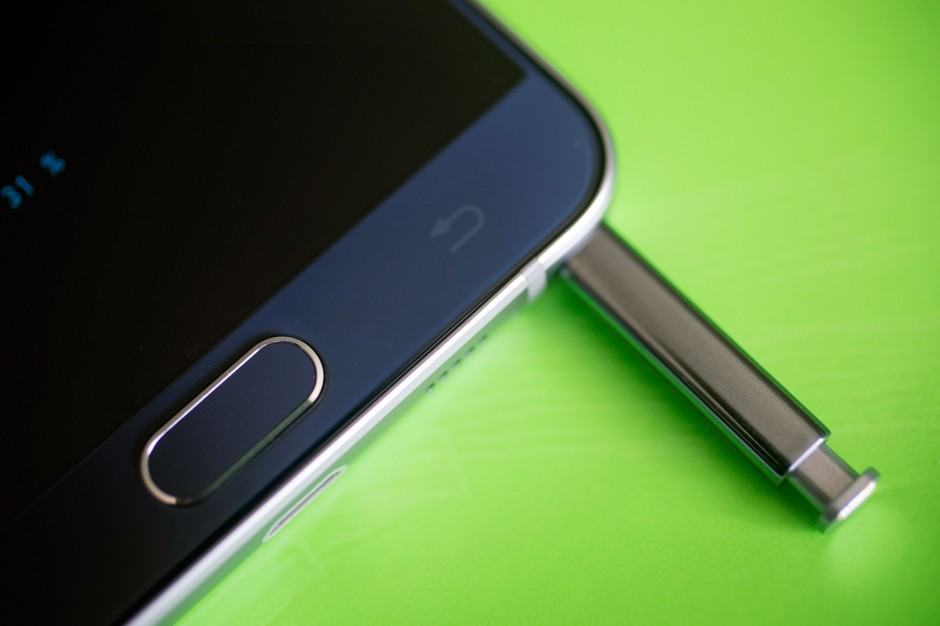 This is the first Note that isn’t all about specs. Photo: Jim Merithew/Cult of Android

After kicking off the “phablet” trend in 2011, the Galaxy Note series has become the bigger and better smartphone in Samsung’s lineup every year — and usually the best phablet on the market. But with this year’s Note 5, a lot has changed.

Samsung has snubbed a number of popular features to take a gamble on the new design language it first introduced with the Galaxy S6 earlier this year. It makes the Note 5 far prettier than its predecessors, but does it make for a better handset overall?

You bet your S Pen it does!

The Note 5 has adopted the new design language Samsung introduced with Galaxy S6 and Galaxy S6 edge, and it makes this the most attractive Note smartphone so far.

All that tacky plastic we traditionally got from Samsung devices has been replaced by a soft aluminum frame and a stunning curved glass back that is a delight to hold in your palm. The Note finally feels like the high-end and expensive device that it is.

The Note 5 also comes with a new S Pen that has a prettier look and a new shape. It’s comfortable to use and more useful than ever before — but whatever you do, don’t reinsert it into its housing upside down because it will break something.

There are a couple of downsides to this new design: With twice as much glass, the Note 5 is twice as likely to break when you drop it, so you will almost certainly want to keep it in a case. Its naked body is slippery without one, and you’ll live in fear of dropping it.

The other, more controversial downside is the lack of microSD card slot and removable battery. Personally, I think the new design is well worth that sacrifice, and I believe the vast majority can learn to live without these things in time.

Having said that, I don’t see why Samsung couldn’t have put a microSD card slot in the side of the Note 5 like HTC has with the One M8 and One M9. I think it will for the Note 6.

Samsung has produced some of the finest smartphone displays in recent years, and the 5.7-inch Super AMOLED panel packed into the Note 5 is quite simply the best you can get right now. It’s essentially a larger version of the excellent display packed into the Galaxy S6.

That means you get a super-sharp Quad HD (2560×1440) resolution with 518 pixels-per-inch, incredible brightness that you’ll appreciate outdoors, and beautifully vibrant colors that bring photos and videos to life. 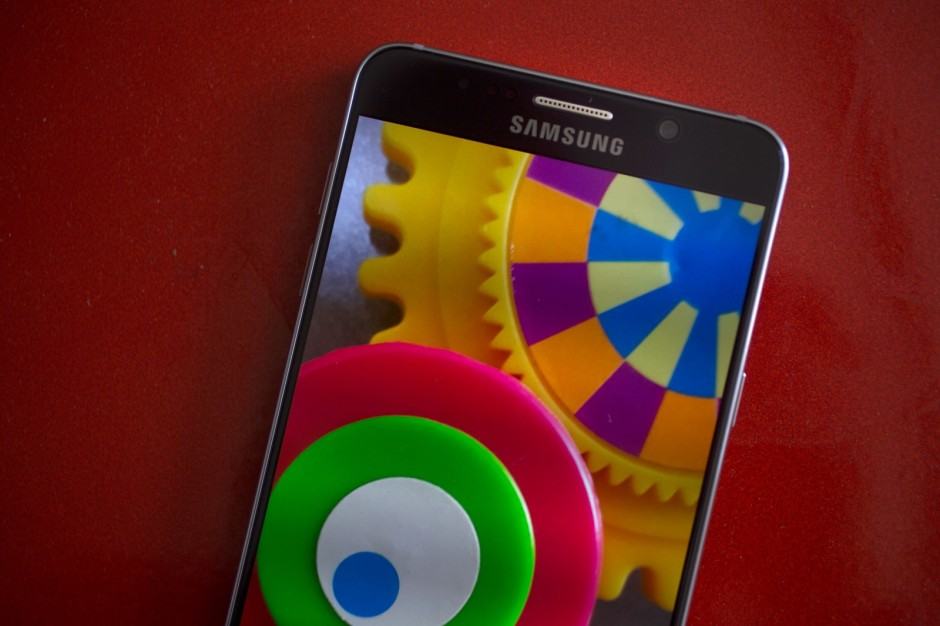 The best smartphone display on the market? Yes. Photo: Jim Merithew/Cult of Android

Sure, it’s a little over-saturated by default like all modern Samsung displays, but it looks incredible — and there are different display modes to choose from if you’re not totally into it. Give it time, however, and you’ll get used to it, causing other phones look washed out and dull in comparison.

Of course, this wouldn’t be a Note device without S Pen functionality — and it’s even better this year. Samsung has added a new feature called Screen Off Memo, which lets you jot notes on the Note 5’s display while the device is asleep.

Simply remove the S Pen without waking your device and Screen Off Memo starts automatically. Once you’ve scribbled your note, you can save it for later in the S Notes app or delete it.

By not waking your device just to jot down a phone number or address, you’re saving precious battery life. Thanks to the Note 5’s Super AMOLED display, only the pixels that light up are using power, so Screen Off Memo requires very little juice.

Another improvement Samsung has made with the Note 5 is to decrease the display DPI, which I couldn’t be happier about. This means icons, user interface elements, text, and more become smaller — but not too small — so that more content fits on the display.

When you have a smartphone this big, you want to take advantage of the extra display space, and a smaller DPI allows you to do that. You’ll appreciate it most in apps like Facebook Messenger, where you can see more of the conversation because individual messages don’t appear so large.

The Note 5 packs the same octa-core Exynos 7420 processor as the Galaxy S6, but has an extra 1GB of RAM (4GB in total). Not only does this mean that apps and games load faster and browsing the web is super smooth, but multitasking is also greatly improved.

With more RAM, the Note 5 can store a greater number of apps and browser tabs in memory, so that you can return to them later and they don’t need to be reloaded. This is important if you’re a power user who’s constantly switching between multiple apps to get stuff done.

Thanks mostly to TouchWiz, which has improved greatly in recent years but still has some way to go, the Note 5 isn’t quite as snappy as it could be. You’ll notice the occasional stutter here and there — normally while switching between apps. 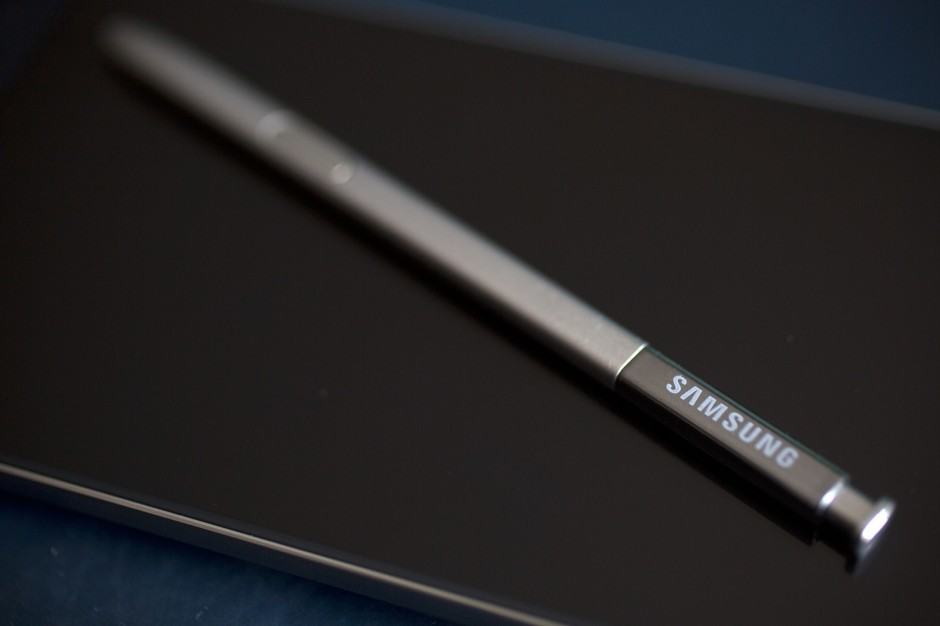 The Note 5 is running Samsung’s best version of TouchWiz yet. Photo: Jim Merithew/Cult of Android

But it’s important to remember these stutters are all in the software; the Note 5 has some of the best hardware available at this point, and you never feel like it’s not powerful enough for everyday tasks and heavy gaming sessions.

Battery life with the Note 5 is on par with what we’ve come to expect from modern Samsung smartphones; there’s enough to get your through the day with average usage, but it’s far from stellar. Forget to charge it at night and it will be dead the following morning.

With wireless charging, however, topping up the Note 5 couldn’t be easier. Just buy yourself a couple of inexpensive charging pads, stick one on your desk and one on your bedside table, and all you have to do is put your Note 5 down when it needs charging.

Every smartphone should have wireless charging. I’ve gotten so used to it with the Note 5 now that I feel like I’m going backwards when I use another device and have to plug in a cable.

The Note 5 carries the same 16-megapixel camera that’s inside the Galaxy S6, which means you get truly stunning photos, and super-sharp 4K video. Colors are wonderfully bright and vivid, with great contrast and accuracy, and incredible detail.

Samsung appears to have toned down some of its image processing, so the photos you get from the Note 5 in good light aren’t as noisy or as grainy as those produced by the Note 4. Low-light performance is also greater thanks to the larger f/1.9 aperture.

The same aperture can be found on the Note 5’s 5-megapixel front-facing camera, which results in better selfies. Samsung’s “beauty mode” also returns to automatically iron out blemishes and make you more attractive, so obviously I use this a lot. 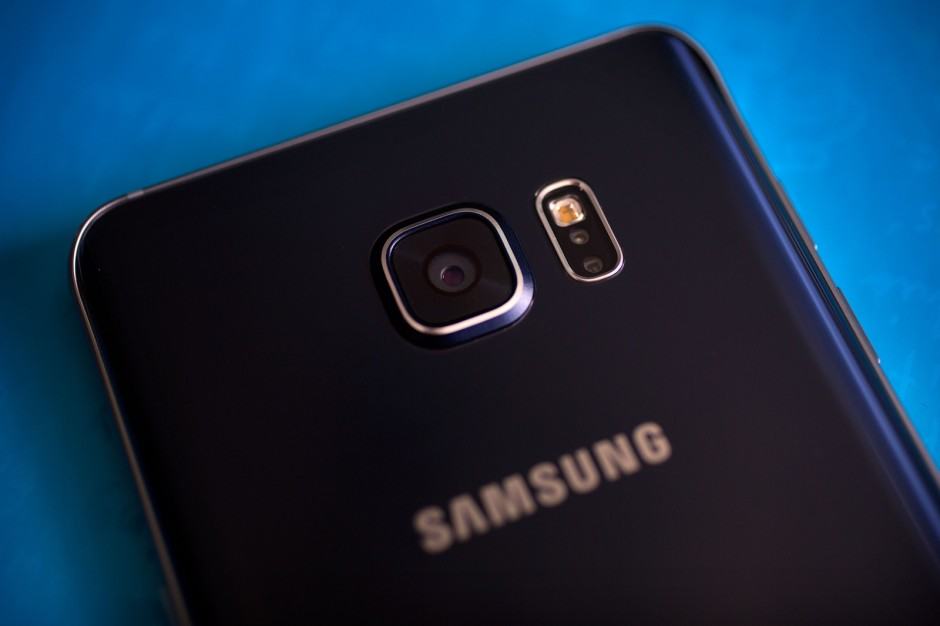 There are a handful of other shooting modes, too, including a sports mode that’s ideal for capturing subjects in motion, panorama, selective focus, and a pro mode that lets you manually adjust things like ISO and white balance.

The Note 5 can also capture animated GIFs, which is the best alternative to Apple’s Live Photos that you’ll find on Android for now.

Overall, the Note 5 has the best smartphone camera I’ve ever used — alongside the Galaxy S6. I’ve used an LG G4, and I have an iPhone 6s sat on my desk right now, but if I was going out to take pictures, I would definitely pick up the Note 5 instead.

Here are some untouched sample photos taken with the Note 5. Click them to view them at full resolution. 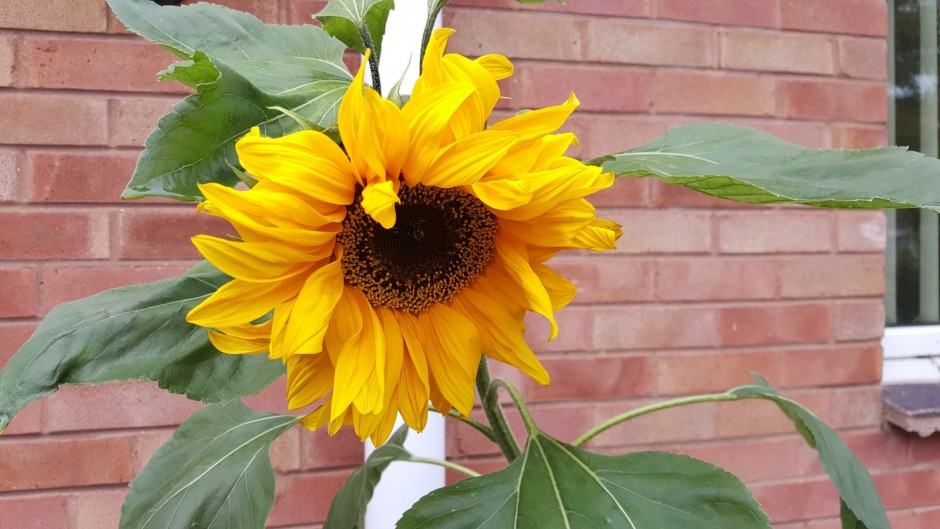 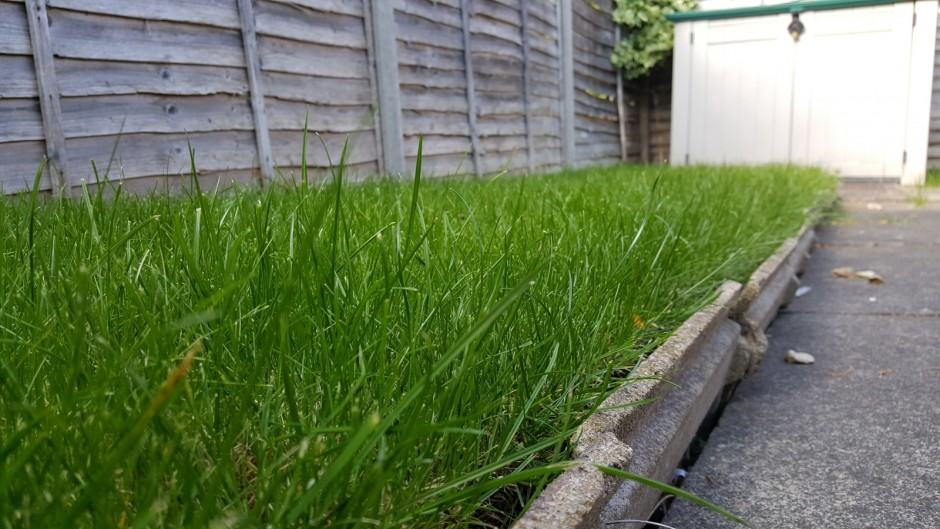 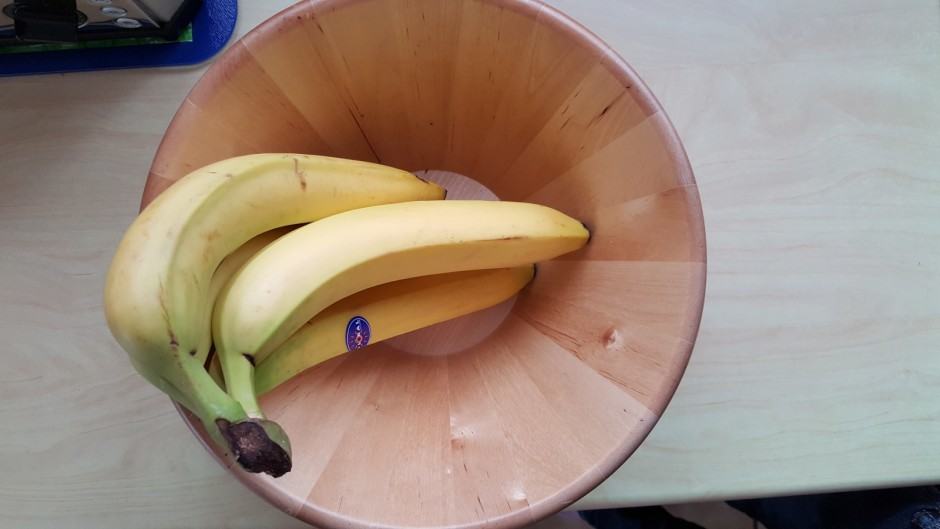 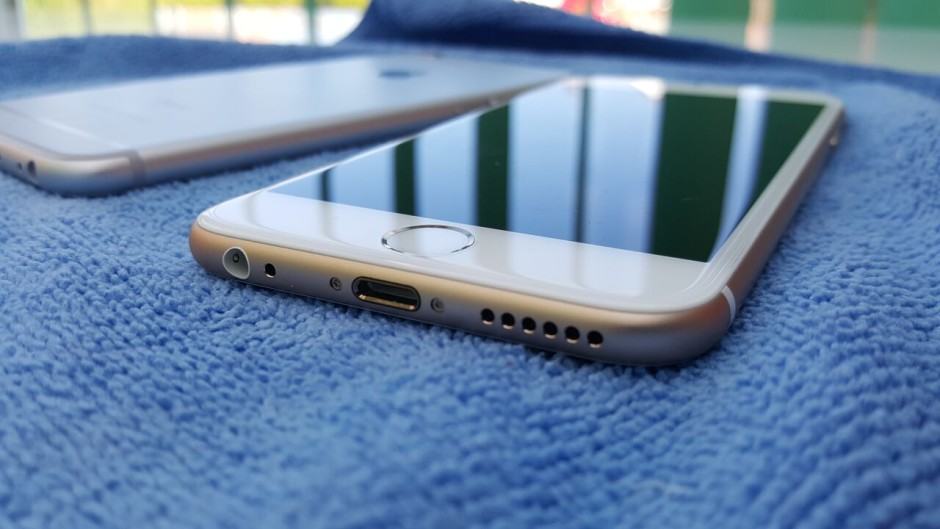 I’ve been disappointed by Samsung’s fingerprint scanners in the past — so much so that I usually just disable them — but the Note 5’s has been good to me so far. It’s still not as accurate as Touch ID, and often I’ll have to scan my finger twice to unlock the phone, but you can rely on it now.

That’s more important than ever with Android 6.0 Marshmallow on the way, bringing native support for fingerprint scanners. Not only will you be able to unlock your device with your finger, but you’ll also be able to unlock third-party apps, too.

TouchWiz gets a lot of hate, and I’ll admit that much of that has come from me. With every smartphone Samsung releases, however, the software gets better and better, and it’s no longer the overpowering resource hog it once was.

You can disable pre-installed apps you know you’ll never use now, and many of the features Samsung offers are useful ones; they’re not just there for the sake of it. The company has also added new S Pen features — like Screen Off Memo which I mentioned earlier. 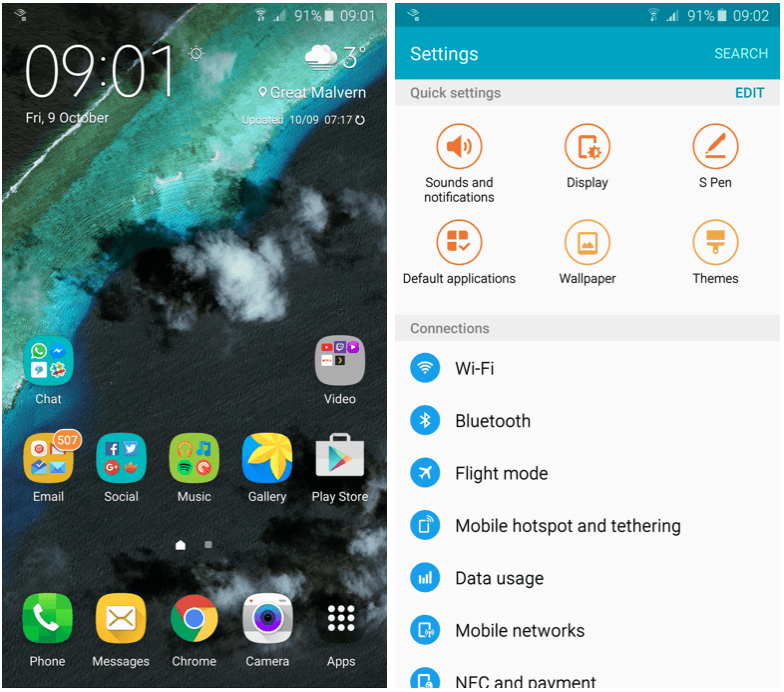 TouchWiz is also more customizable than ever before. You can choose between different home screen grids, and even apply new themes that completely change the look of the system software, from app icons and wallpapers, to menu interfaces and toggles.

Samsung’s software still isn’t perfect, but it’s a lot better now, and without it, the Note 5 just wouldn’t be a Note.

As smartphones get larger, the Note series finds itself with more competition. Its size meant it was once a niche product, but it’s quickly becoming the norm as rival manufactures like Apple, LG, Sony, Motorola, and others release phones with similar footprints.

But the Note 5 has responded well to that. It is a smartphone that looks and feels like it was painstakingly designed again and again — like every single curve and every single edge was carefully considered. It’s the first Note that isn’t all about specifications.

Combine that design with the best display on the market, a blazing fast processor and ample RAM, an incredible camera, and decent software and you have the finest phablet available today. You simply cannot be disappointed by the Note 5.