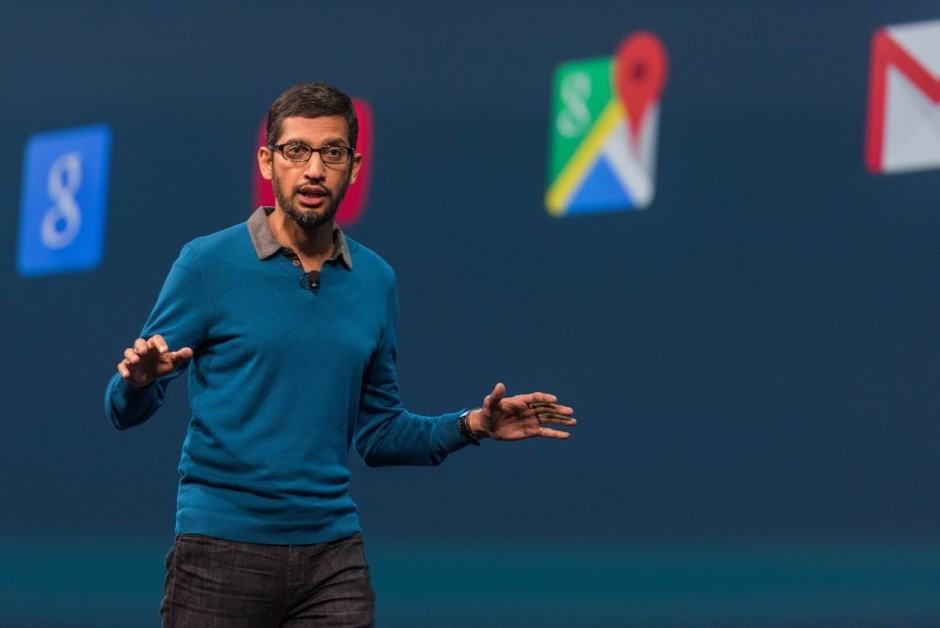 I had been looking forward to the Google I/O keynote for weeks before it kicked off Thursday. I was rubbing my hands together like a little kid on Christmas morning when Sundar Pichai, Google’s senior vice president, took to the stage to reveal what the company had up its sleeve.

But when the event ended two and a half hours later, I couldn’t have been more disappointed. Santa had visited — but instead of bringing what was on my list, he’d left me with a bunch of cheap gifts I knew I’d be bored with by the time the turkey was cooked.

I/O is Google’s WWDC; it’s one of the biggest events in the calendar for Android fans. It should give us a sneak peak at the best things Google has been working on over the past year, and get us all enthusiastic and hysterical about what’s coming.

But Google blew its chance to do that before Apple has its say next month.

I don’t use Android devices exclusively — I have an iPhone and an iPad — but I have been using an Android smartphone paired with a Moto 360 without touching anything else for several months. I love Lollipop, and I enjoy using Android Wear, so I was most looking forward to Google’s updates for these platforms.

I can’t complain about Android M; we knew it would be a somewhat incremental upgrade to improve upon the major changes Google made last year, and I am happy with that. The improvements Google is making are terrific ones.

I’m looking forward to native fingerprint recognition, which will allow me to use the scanner on my Galaxy S6 not only to unlock my device, but also to authorize Android Pay payments — in retail stores and in apps — and to unlock secure apps.

I’m also delighted that M will bring better power management, Google Now on Tap (which looks fantastic), custom Chrome tabs, and more intelligent app links. There are a whole bunch of changes coming that weren’t mentioned during the keynote, too.

I couldn’t be happier with Google Photos, either. It looks like a terrific backup service that does just about everything you would want a photos app to do. I love Photos Assistant, the editing tools are impressive, and I’m blown away by the search function.

Photos also comes with free unlimited storage and cross-platform support for both Android and iOS.

But what about Android Wear?

The Wear platform is now a year old, and while it gets a lot of things right, there’s plenty of room for improvement. It’s still incredibly laggy most of the time on my Moto 360 — even after regular restores — and I had exactly the same experience on my LG G Watch.

With Apple Watch out now and selling incredibly well, I expected a big Wear update from Google that would get us excited about its wearable platform again, with interesting new features and UI improvements.

I also hoped we might see some new Wear devices, given the originals — the Moto 360, the G Watch and the Samsung Gear Live — are well over a year old now.

Countless reports also promised Wear support for iPhone, which could have given Google a great opportunity to compete with Apple Watch on its own turf, providing iPhone users with cheaper alternatives and lots more choice.

Instead, what we got at I/O was a quick overview of four features that Google announced weeks ago. Those with an LG Watch Urbane or G Watch R are already using them, and they’re already on their way to other Wear watches.

Then there’s Android Pay, which is essentially Apple Pay with a slightly different name and support for Android-powered devices. It works in exactly the same way, allowing you to make purchases in retail stores and on your device itself and authorize them with your fingerprint.

Sources familiar with Google’s plans for the service, who spilled the beans to The New York Times earlier this week, said it would offer a loyalty program and the ability to send money to other Android Pay users — but we didn’t get either of those things.

Other Google products and services went without any updates at all. Android TV and Android Auto hardly got any stage time (neither saw any updates). We didn’t see Google Glass 2. Project Ara didn’t even get a mention. And there was no big Chrome OS update with proper support for Android apps.

When I finished live-blogging the I/O keynote yesterday, I was looking forward to trying out Google Photos immediately and Android M later this year. But I was utterly disappointed that the other things I was so excited about didn’t arrive. And the response on Twitter tells me I’m not the only one.

I was so upset with the lack of Wear news, in fact, that I almost ordered an Apple Watch. Almost.

Google is one of the most interesting and most exciting companies in tech. It’s not just working on software and services, but also self-driving cars, modular smartphones, incredibly intelligent robots, and who knows what else.

But where was all of that at I/O?