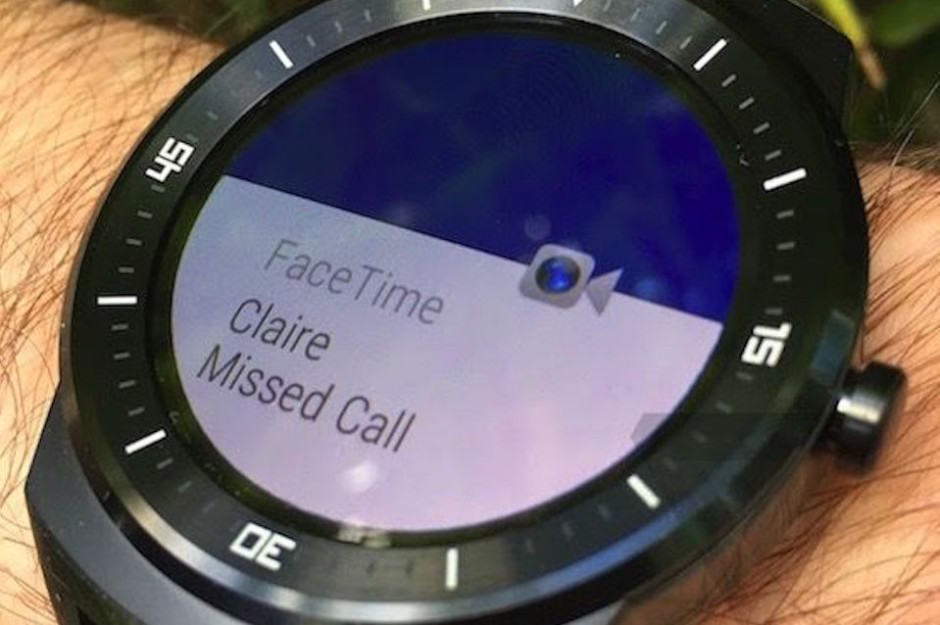 A FaceTime notification on Android Wear. Photo: The Verge

We’ve been patiently waiting for Google to make Android Wear watches compatible with the iPhone, and according to a source in Google’s development team, the search giant is now closer than ever to marrying the unlikely duo.

Reports that claimed Android Wear support was coming to iOS first surfaced last October, but we’ve seen many more since then from reputable sources confirming the app is on its way. The only thing that’s been missing is official confirmation from Google.

But according to a source that’s been speaking to The Verge, we’re very close to getting that now.

“In its current state of development, Android Wear works along with a companion app on the iPhone and supports basic functions like notifications,” writes Dieter Bohn. “As it does on Android, on the iPhone Android Wear also supports Google Now’s ambient information cards, voice search, and other voice actions.”

It’s thought Android Wear will also support some more advanced functions when working with Google’s own iOS apps, like the ability to quickly reply to Gmail messages using your voice. But of course, iPhone users won’t get exactly the same experience Android users do.

Nevertheless, Android Wear support on iOS allows Wear watches to directly compete with Apple Watch; it gives iPhone users a greater choice of wearables, almost all of which are available at a cheaper price.

That’s hugely important for Android Wear, and it could help Google sell a heck of a lot more devices — as I noted back in September, just after Apple Watch’s official unveiling.

There are around 700 million iPhone users out there, and not all of them want to spend $350+ on a smartwatch. But they might be willing to spend $200 on the gorgeous Moto 360, which offers many of the same features, including fitness tracking and notifications.

But Google could run into some problems getting its Android Wear app approved by Apple. As noted by The Verge, not only has Google run into issues with its own apps in the past, but Apple normally rejects apps that mention rival platforms — such as Android — instantly.

That could be a problem for an app named Android Wear, but perhaps Google will rename it simply “Wear” for iOS.