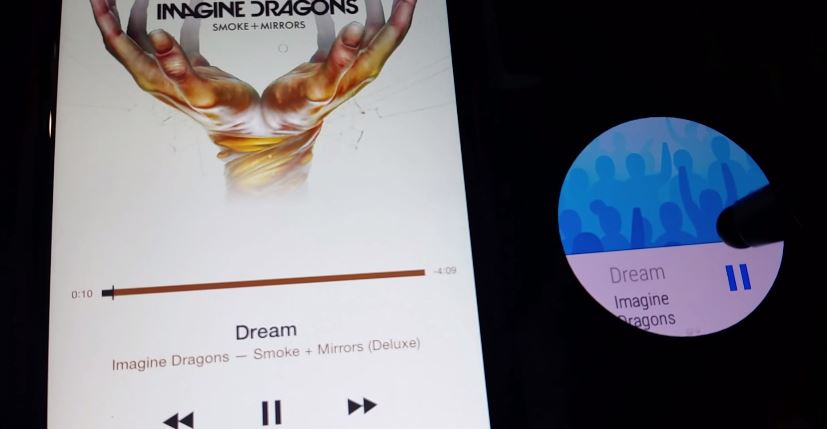 Google’s official Android Wear app for iOS could be right around the corner if you believe the reports, but one developer has been proving that the two platforms can already be forced to play nicely together without any jailbreaking.

We’ve seen Wear receiving iPhone notifications and taking calls, and in the latest video from Mohammad Abu-Gabreyyeh, we see that watches like the Moto 360 and the LG G Watch R are capable of controlling music playback, too.

Abu-Gabreyyeh, the creator of popular tweaks for both Android and iOS, including the Xposed framework, has been working on making Android Wear compatible with iPhone for a number of weeks.

As you might expect, that’s not an easy feat given that the two aren’t supposed to work together — at least not yet — but thanks to Abu-Gabreyyeh’s custom APK, Wear watches can be made to interact with iOS in much the same way a device like the Pebble does.

It’s still a work in progress for now, which is why Abu-Gabreyyeh isn’t yet making the APK available to the public, but while we’re waiting, here’s another clip that demonstrates Wear controlling music — including volume — on an iPhone.

Abu-Gabreyyeh has promised to make his APK available at some point, but recent reports have promised that Google is working on an official Wear app for iOS that could be launched at its Google I/O conference in May.