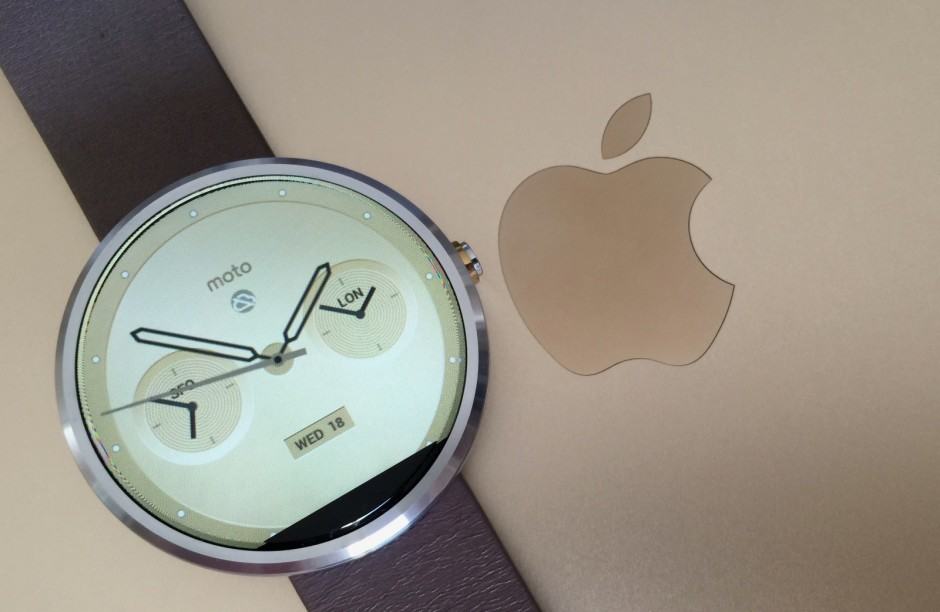 Android Wear coming soon to an iPhone near you? Photo: Killian Bell/Cult of Android

While recent rumors have claimed that Google is working on bringing Android Wear support to the iPhone, the company hasn’t actually made anything official. But code found inside its firmware could prove that it has been working on making Android Wear devices compatible with iOS for some time.

Mohammed Abu-Gabreyyeh, the developer behind the Android Wear hack that allows devices like the Moto 360 to receive notifications and take calls from an iPhone, claims to have found evidence of Google’s work on iOS compatibility in the Wear 4.4W firmware.

It’s certainly a good sign for iPhone users who are hoping that they’ll be able to use Android Wear watches one day. Not only are they a cheaper alternative to the Apple Watch, but they also provide more choice.

Abu-Gabreyyeh goes on to say, “iOS isn’t as limited as we all thought,” and indicates it may be possible for Android Wear devices to reply to messages and more when connected to an iPhone.

I must point out that the version 4.4W Wear firmware made its debut way back in October, which suggests Google has been working on iOS for at least five months. It’s unclear if any of the code is present in the version 5.0 Wear firmware yet.

Abu-Gabreyyeh’s findings follow several claims that Android Wear will be compatible with iPhone at some point.

At October report from The Huffington Post claimed Google was “very interested” in supporting Apple’s iPhone, while French publication 01net reported earlier this month that the company was “preparing” Android wear for iOS for an unveiling at Google I/O in May.