The Galaxy S4 ships with Android 4.2.2 Jelly Bean (Google’s latest release) pre-installed, alongside Samsung’s latest version of TouchWiz. As I noted in the performance section above, it’s pretty snappy almost all of the time, except for the odd stutter here and there when jumping into certain apps or menus. 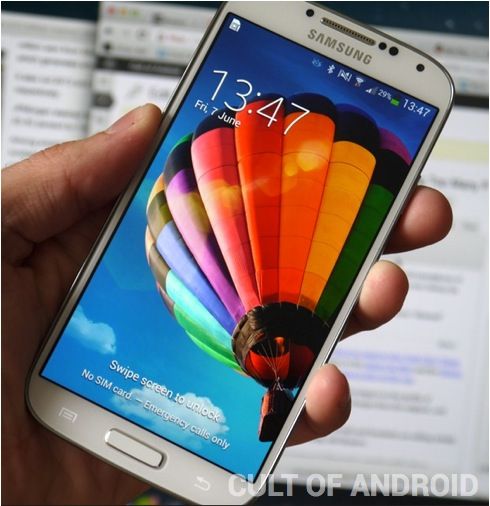 The Galaxy S4 is full of features.

The Galaxy S4 also comes with a whole host of software features — many of which Samsung showed off during its Galaxy S4 unveiling back in March — that you’ll only find on Samsung smartphones. But are they any good?

Frankly, I couldn’t possibly write about every single one, because you’d still be reading this review when the Galaxy S5 comes out. But I will go over a couple of the ones I found most interesting, only including those that are new with the Galaxy S4.

The Galaxy S4 brings back the infrared blaster that you had on your old Nokia in the ’90s to give you a remote. It’s not just compatible with Samsung sets, either, but pretty much every television, DVD and Blu-ray player, and set-top box. And it’s super handy having this functionality in your pocket.

At first it seems a little pointless, but once you start using it and you get used to having it, you’ll miss it when it’s not there; I do when I go back to my iPhone 5 or my Nexus 4, which don’t have the same functionality. You don’t have to worry about finding three different remotes just to watch a certain thing — your Galaxy S4 controls everything for you.

When Samsung first showed off Air Gesture, I thought to myself, what is the point of that? But it’s another feature that came in handy on the Galaxy S4.

When you’re cooking and you’re looking at a recipe on the web, or in an Evernote notebook, you can scroll up and down the page or do other things on your smartphone without having to wash the flour off your hands. I found this super useful. It doesn’t solve a major problem, but it’s nice to have.

Smart Pause is another great thing to have. When you’re watching a video on your device, Smart Pause automatically pauses it when you close your eyes or look away. For someone like me, who has three children and can never sit down and watch a video from beginning to end without pausing it to do something in between, it’s really useful.

The only downside to Smart Pause is that it doesn’t work everywhere. It works inside Samsung’s own video apps, but I couldn’t get it to work inside third-party ones. You’ll have to lift your finger and do it manually when watching YouTube videos, then.

The Galaxy S4 can track your eye movements and automatically scroll up and down pages as you look down them. I thought this feature would be as useful as Smart Pause, but it turned out to be nothing more than frustrating.

It didn’t always work for me, and when it did I found I kept scrolling pages accidentally. If you’re halfway through an article and you look up to read a notification that just came in, you’ll lose your place. I quickly turned this back off again.

The Galaxy S4 is one of the best smartphones on the market today.

The Galaxy S4 is one of the best smartphones on the market today, but it has some tougher competition than its predecessor did this time last year. We’ve already reviewed the Xperia Z, and there’s also the HTC One and other devices to take into account, so choosing your next smartphone won’t be easy.

The Galaxy S4 certainly has the prettiest display, and while there are 1080p offerings with even greater pixel densities, they don’t look quite as good when you place them next to the Galaxy S4. But I think this is the only area in which the Galaxy S4 really excels.

Sure, it also has more software features than most of its competitors, but half of them you’ll never use. 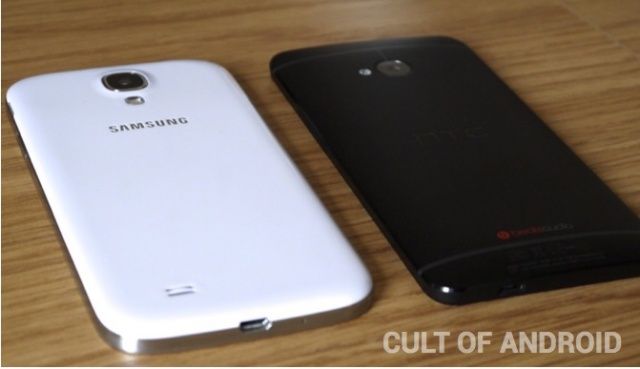 Galaxy S4 vs. HTC One back.

When it comes to performance, the HTC One is just as good, and in terms of design and build quality, it’s far better. So you have to look at what’s most important to you. If it’s the display and everything else is secondary, then the Galaxy S4 is probably going to be your best option.

If design is most important to you, and you want a beautiful smartphone that oozes premium quality, then the Galaxy S4 isn’t it.

Note: This Galaxy S4 was kindly provided by Phones4U, a leading British retailer that specializes in mobile phones and accessories, broadband, and laptops.