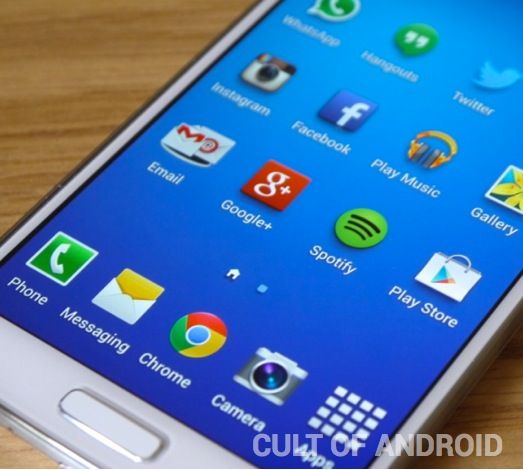 The Galaxy S4’s display is gorgeous.

Samsung has always produced great displays for its high-end smartphones, and that hasn’t changed with the Galaxy S4. Its 1080p Super AMOLED panel is nothing short of stunning. It boasts a 1920×1080 resolution with a whopping 441 pixels-per-inch, which means pixels are completely indiscernible to the human eye, and text is incredibly sharp.

Samsung also boosts contrast and color saturation to provide you with bright and vivid colors that make photos, videos, and other visuals pop. While the Galaxy S4 may not have the most accurate color, then, it’s certainly beautiful. And it makes other smartphones displays — even those that are generally considered very good, like the iPhone 5’s or the HTC One’s — look a little less exciting.

I’d say the Galaxy S4 is worth the upgrade just for the display — it really is that good.

The Galaxy S4 also boasts a nifty feature that lets you control the phone with gloves on, so you don’t have to make contact with your skin to interact with the display. It sounds a little gimmicky, but in real-world use it’s incredibly helpful — particularly if you’re out and about in the winter months.

The Galaxy S4 comes in two flavors — there’s a model with Samsung’s new eight-core Exynos 5 processor, and another with the quad-core Snapdragon 600 chip. I tested the latter, which is the one that’s currently more widely available, and I must say, I don’t know why the eight-core model exists.

The Snapdragon 600 chip does a terrific job of powering the Galaxy S4, and there’s nothing you can do on it that will slow it down. Playing intensive games like Grand Theft Auto: Vice City and Modern Combat 4 is incredibly smooth, as is jumping between different apps, streaming online video, browsing the web, and playing around with the camera — even when you’re using both cameras simultaneously with Samsung’s fancy but mostly pointless Dual Camera mode.

Strangely, you may notice some odd stumbles when doing simple things.

The Galaxy S4 — like other Samsung smartphones — also has the ability to run two apps side-by-side, and even that won’t slow this beast down. You can watch a YouTube video in one window while you reply to emails or browse the web in another, and the Galaxy S4 will do it all without so much as a stutter.

Strangely, you may notice some odd stumbles when doing simple things, however — such as browsing your Gallery or navigating the Settings app. But it seems this is due to Samsung’s poor TouchWiz user interface code than it is the Galaxy S4’s hardware. For most things then, the Galaxy S4 is plenty fast enough.