Despite its 1080p display and its quad-core processor, the Galaxy S4 has surprisingly good battery life. It will easily get you through a full day, even if you’re a heavy user. 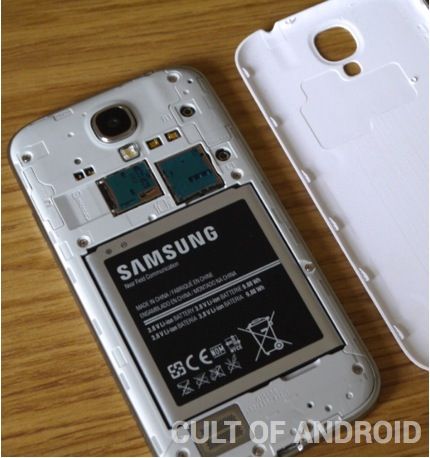 The Galaxy S4 still has its removable back.

I was taking it off the charger between 6 and 7 a.m. and using it to reply to emails, stream music for a couple hours a day, watch a few YouTube videos, and browse the web, and the Galaxy S4 was still going at bed time around 12 a.m.

I actually spent a whole weekend trying to use the handset as much as I could in an effort to kill it before bed time, but I couldn’t do it. It’s been just as impressive as the Galaxy Note II I had, and I didn’t think I’d find another smartphone capable of matching that in battery life.

I’m sure if you spent hours gaming or watching movies online, then you might be able to run the Galaxy S4 all the way down until it dies. But with average daily use, you’ll have no worries whatsoever. And of course, the Galaxy S4 has a removable battery, so you can even swap it out for a fresh one if you don’t have a charger handy.

The Galaxy S4 has a 13-megapixel camera on its back, and it’s terrific; it’s the first Android camera I’ve used that produces better pictures than my iPhone 5. It’s super fast, it’s easy to use, and it produces consistently great photos. 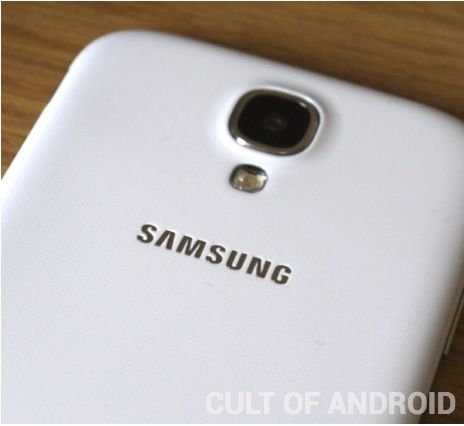 Like a lot of smartphones, however, low-light environments are the Galaxy S4’s weakness, and shots taken in dimly lit rooms are a little disappointing. There is a Night mode, which helps, but it takes a lot of processing, which means it’s a little slow and can sometimes result in blurry images.

The Galaxy S4’s camera has one of the most expansive feature sets you’ll find on a smartphone, with almost every setting you’ll ever need — and more. In addition to the default auto, you’ll also find Beauty Face, Best Photo, Best Face, Sound & Shot, Drama, Animated Photo, HDR, Eraser, Panorama, Sports, and Night.

Most of these options you’ll probably never use, but some of them are great. Panorama, which is pretty self explanatory, is great for taking awesome landscape shots, while HDR mode produces some really stunning images with rich colors. I also like Sound & Shot, which takes a still picture with some sound as well.

The Galaxy S4’s camera has one of the most expansive feature sets you’ll find on a smartphone.

All these options mean the Galaxy S4’s camera is ideal for almost every occasion, but they can get confusing, and it’s sometimes hard to decide which mode will be best for the situation you’re in. If you take some time to play around with each one and learn how they work, you’ll be fine.

I have no complaints about the Galaxy S4’s call quality; it’s consistently clear and reliable — even in my home where I can only get a 2G signal. It’s also great in noisy environments, and it does a good job of blocking out the noises around you so that you can hear the person on the other end of the phone. 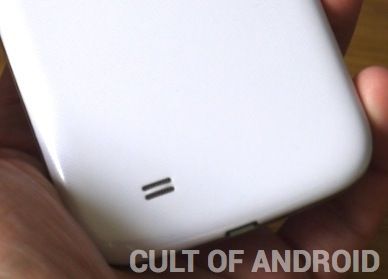 The Galaxy S4’s speaker could be better.

The Galaxy S4’s speaker isn’t the best, but it’s not the worst, either. It’s small and sounds a little tinny when you turn the volume up, and because it’s located on the back of the phone, it’s covered by your palm most of the time.

But it’s okay for showing off your home movies to friends, taking a call in the car, or playing games. Anything more than that and you’ll want a set of headphones, or an external speaker.