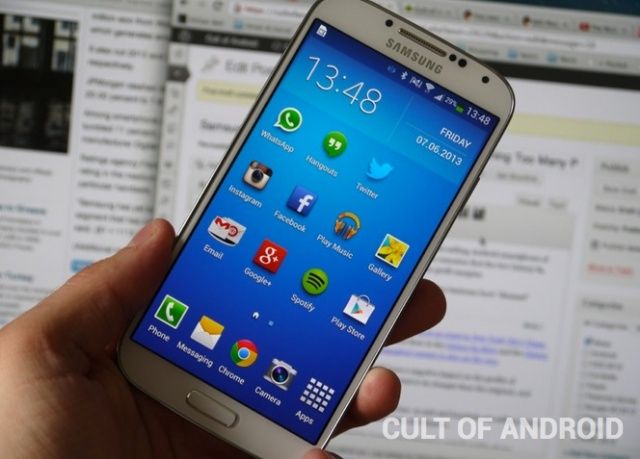 Samsung’s Galaxy S4 was always going to be a big seller — probably the best-selling Android smartphone of 2013 — but the Korean company has lost $12 billion in market value due to concerns that the two Galaxy S4 variants that were recently announced will have a detrimental affect on its profit margins.

Brokers are also concerned that the growth prospects for Samsung smartphone business have “dimmed” following rumors of a new iPhone trade-in program from Apple.

It’s been less than three months since Samsung announced the Galaxy S4 at an event in New York City’s Times Square, and we’ve already seen another two Galaxy S4 variants since then in the Galaxy S4 Mini and the Galaxy S4 Active. Rumors suggest that a Galaxy S4 Zoom with a 16-megapixel camera is also on the way.

Analysts are concerned that all of these Galaxy S4 variants will have a negative impact on the profits of Samsung’s smartphone business, particularly because they are expected to be cheaper than the original, and consumers are more likely to go for the cheaper option.

“As the portion of low- to mid-range handsets is expected to increase in Samsung’s overall mobile phone business, this has also sparked concerns about thinning margins and lower growth.”

And that’s not the only thing that has analysts concerned. They also believe that Apple’s upcoming iPhone trade-in program, which will allow customers to sell their old device back to Apple and put its value towards a new model, could have a negative impact on Samsung sales.

“Second-quarter results will be solid but we have to see whether the trend can be sustainable going forward.”