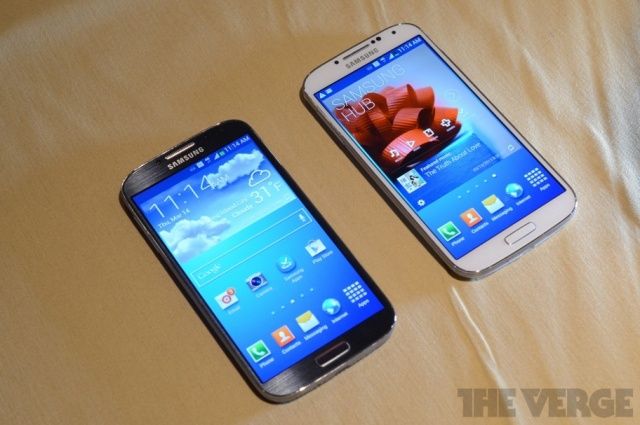 Meet the new boss, same as the old boss.

Tonight at Radio City Music Hall in New York, Samsung unveiled the latest version of its flagship Android phone, the Galaxy S4, the successor to Samsung’s super popular Galaxy SIII. The first thing you may notice is how similar the new S4 looks to the SIII. It’s nearly the same size, even wiht a bigger 5-inch, 1080p Super AMOLED screen: the first such in a mobile phone.

It’s taller, thinner, and lighter than the GSIII, with a plastic exterior that comes in white or black. It’s going to come with either an Exynos 5 chip from Samsung or a Qualcomm Snapdragon S4 Pro processor (depending on your region), with a full 2G of RAM and a huge 2,600mAh batter. You’ll be able to get this beast with 16, 32, or 64 G of storage, along with a microSD slot for expansion.

The Galaxy S4 seems to take its cue from Apple’s relative gentle upgrade curve: if it ain’t broke, don’t fix it. The camera, though, did get some upgraded hardware and software, with a 13-megapixel rear-facing camera and some extra menus and options from the Galaxy Camera, like Eraser mode, which takes a series of quick shots, then lets you remove any detected motion in the background.

The Galaxy S4 runs on the most current version of Android, 4.2.2, and comes with many Samsung-added features, like S Translator (translate any messages to and from any language), Air Gestures (swipe above the screen without touching it), Smart Pause, and Smart Scroll (eye motion detectors for movie pausing or web browsing).

No word on price, yet, but Samsung did say that the Galaxy S4 will have a “premium Samsung smartphone price.” The smartphone will be available worldwide, including all four major US carriers, plus Cricket and US Cellular. It should show up for purchase in the second quarter of this year.