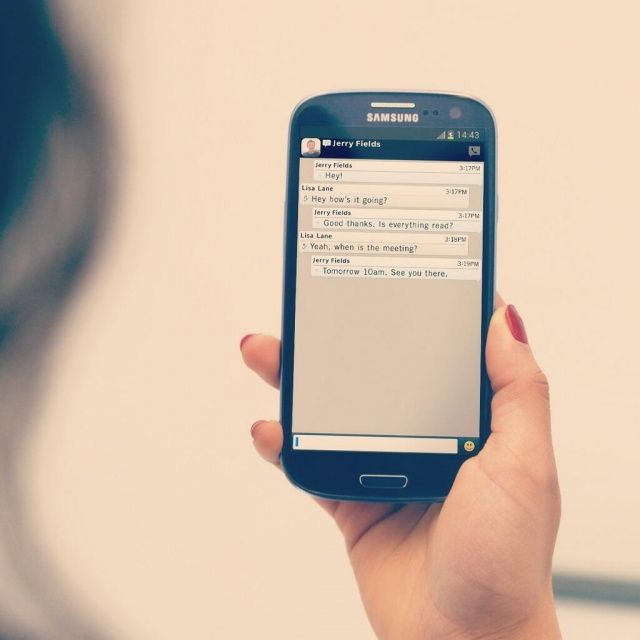 T-Mobile U.K. has confirmed that BlackBerry Messenger for Android and iOS will arrive on June 27. That means we have exactly three weeks to wait until BlackBerry’s hugely popular chat service goes cross-platform, and you can see exactly what it will look like on Android in the photo above.

BlackBerry announced that BBM would go cross-platform this summer at BlackBerry Live last month, but the Canadian company did not provide us with a specific launch date.

Users have been keen to get there hands on it ever since — so much so that hackers have been taking advantage of that demand and setting up malicious websites promising BBM betas for Android and iOS to dupe those who cannot wait for the official release.

Thanks to T-Mobile, we now know exactly when BBM will arrive. When it does, it’ll be free, and it’ll support iOS devices running the latest iOS 6 operating system, and Android devices running Android 4.0 Ice Cream Sandwich and above. If you haven’t already updated your devices, then, you’ve got three weeks to do so.

By going cross-platform, existing BlackBerry users will finally have the opportunity to communicate with friends and family on other platforms using their favorite messaging service — while those who have already ditched their BlackBerry devices in favor of Android or iOS can connect with their old BBM contacts again.

But will the move pay off for BlackBerry? While CEO Thorsten Heins is confident it will be successful, there’s a chance that BlackBerry could now lose users who were only clinging onto its devices for the BBM service.

UPDATE: T-Mobile has now deleted its tweet, and according to Business Insider, BBM won’t be coming to Android and iOS on June 27 after all:

According to a source with knowledge of BlackBerry’s plans, that date is not correct. In fact, our source called all those stories you may have read “bogus.”

It’s unclear why T-Mobile tweeted that information, but it’s not correct.

BBM is still coming this summer, but its actual release date is now a mystery. Again.