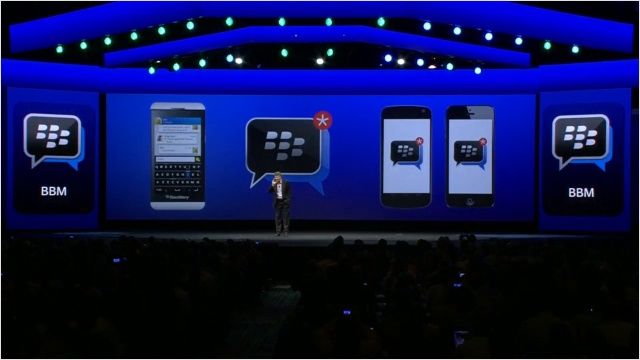 At its BlackBerry Live event in Orlando, Florida, BlackBerry just announced that its popular BlackBerry Messenger service is going cross-platform. This summer, BBM will finally be available on Android and iOS — and it will be completely free.

BBM will support Android smartphones running Android 4.0 Ice Cream Sandwich and above, and iOS devices running iOS 6. Initially, it will offer messaging only, with support for group chat. But later on, BlackBerry will be adding some of the service’s newer features.

Those include BBM Voice and BBM Video, screen-sharing, and the BBM Channels feature that was announced by BlackBerry today.

Features like these will undoubtedly help BBM steal users from other popular cross-platform messaging services like WhatsApp and Viber, and even first-party services like Apple’s iMessage. It will also give former BlackBerry users who made the switch to Android and iOS the opportunity to reconnect with their BBM contacts.

Look out for BBM on Android and iOS in the coming months.