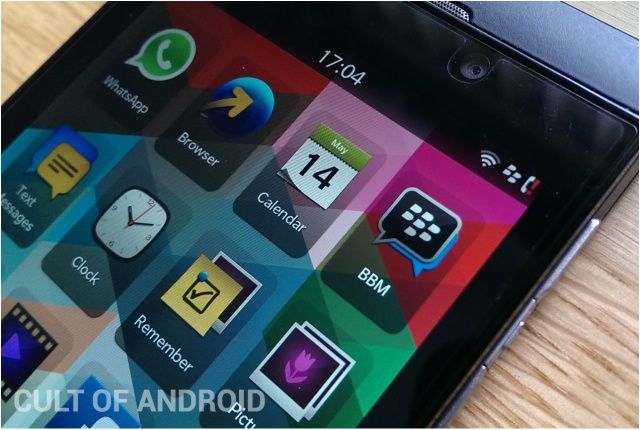 I have a confession to make: I own a BlackBerry Z10, and I love it. I think its BlackBerry 10 operating system is terrific — it’ll be even better when it gets more apps — and I haven’t been this excited about a new platform since I got my first iPhone. Seriously.

But I can’t help but wonder whether BlackBerry might have just shot itself in the foot by announcing BlackBerry Messenger for Android and iOS.

I don’t know many BlackBerry users — most of my friends who did have BlackBerry smartphones switched to Android or iOS a long time ago. But the small few hanging onto their old Bolds or Torches, or upgrading to BB10 devices, are doing so for one reason — BlackBerry Messenger.

BBM has long been one of the best messaging platforms there is. It’s fast, it’s super secure, and it boasts some awesome features that other messaging services don’t have — such as group chat, voice chat, video calling, screen sharing, and the ability to send “broadcasts” to all of your contacts to name just a few.

WhatsApp doesn’t offer most of these things (though it does let you send short voice messages), neither does Kik or eBuddy, and Viber only offers a few of them. So for a small few — the “BlackBerry faithful” — BBM is worth hanging onto their BlackBerry for.

That’s why BBM has 60 million active users, who send and receive more than 10 billion messages each day.

But this summer, BBM will go cross-platform and introduce support for Android and iOS, giving all those users who are addicted to BBM one more reason to ditch their trusty old BlackBerry and switch to competing platform — where they will now have the best of both worlds.

BlackBerry is already struggling — though it is seeing success with its new BB10 devices — and during the first quarter of 2013 it grabbed just a 3% share of smartphone sales, with only 6,218 units sold, according to Gartner.

With that being the case, I can’t help but wonder whether BBM on other platforms could be a big mistake.

Of course, there is a chance that this move will work in favor of the Canadian company. It could convince existing BlackBerry users who were close to switching — so that they could connect with friends via other messaging means — to stick with their BlackBerry and BBM.

BlackBerry is certainly confident that’ll be the case.

Today at BlackBerry Live in Orlando, Florida, CEO Thorsten Heins said that BB10’s start has been “so strong that we are confident that BBM can become an independent messaging solution.”

For the sake of BB10 and BlackBerry, I hope that is the case.

BlackBerry can still rely on those users who are sticking around for physical keyboards, of course. It’s still the only company to offer good smartphones with real keys, while the few that have launched on Android have been less than inspiring.

What do you think? Will BBM on other platforms convince BlackBerry users to switch, or will it be a big success for BlackBerry?