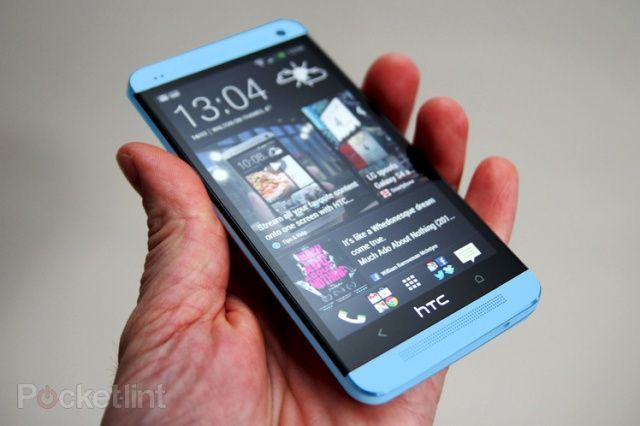 Mockup of a blue HTC One.

HTC will reportedly launch a blue HTC One alongside the upcoming red model in the coming months. The devices will be made from aluminum just like the existing black and silver models, but they’ll be anodized with prettier colors in an effort to appeal to those who like a different look.

We’ve already seen the red HTC One; HTC listed it on its website just after the device was announced, but never actually made it available to order. It’s expected to do that in the coming months, however, and a new blue model will also be joining it.

HTC is set to launch a blue toned HTC One alongside a red version of its popular flagship phone in the coming months Pocket-lint can confirm.

Talking to sources familiar with the matter, the new colour will sit alongside a bright red version of the device, press shots of which have already been doing the rounds online.

Unfortunately, Pocket-lint’s source could not confirm exactly when the devices would be available, but hopefully HTC won’t keep us waiting too long.

We’re also expecting to see an HTC One Google Edition this summer, which will run the stock Android operating system free from HTC’s Sense 5 user interface. The device will reportedly be in very short supply, however, with as little as 50,000 units in its first run.