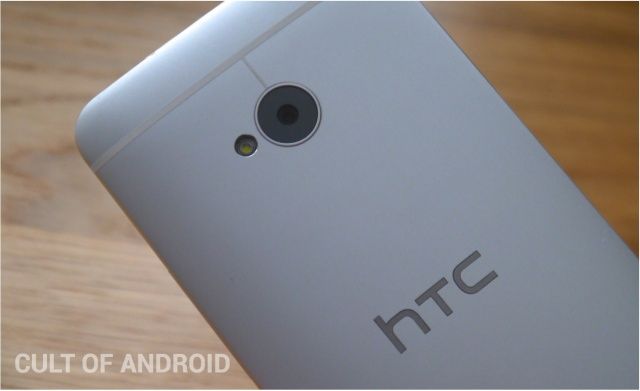 HTC has denied that it is working on a “Google Edition” HTC One with stock Android, but it seems the Taiwanese company may have simply been trying to cover it up.

Earlier this week, one source claimed such a device is in the works, and now the same claim — this time from multiple different sources — has started circulating again. According to the latest rumor, an HTC One with stock Android will be announced within the next two weeks.

Rumors surrounding this device began just after Google I/O last week, when Google announced a special Samsung Galaxy S4 that does away with Samsung’s TouchWiz user interface in favor of stock Android. Many felt HTC would compete with a special edition One, but the company dismissed those rumors fairly quickly.

On Tuesday, however, HTC ROM developer LlabTooFer — a reliable source of HTC leaks — claimed that an HTC One with stock Android is indeed on the way, and that it’ll launch this summer. Now multiple sources for Geek are reporting the same thing.

“Sources claim this vanilla HTC One will be announced within the next two weeks, with potential release slated for sometime this summer,” writes Geek’s Russell Holly. “This falls in line with claims from HTC that production for the One will be doubling soon, as well as plan to have the HTC One updates to Android 4.2.2. in the same time frame.”

Despite HTC’s denial, then, it would appear a Google Edition One is on the way after all. But there are still some questions that need answering. You see, the One is a little different to the Galaxy S4, because a number of its hardware features are designed to work with HTC software.

For instance, its front-facing BoomSound speakers are complimented by Beats Audio technology, while its 4-megapixel UltraPixel camera works best with HTC’s ImageSense camera software. It’s unclear how these features would work with stock Android; presumably HTC or Google would have to make some tweaks to the software.

But I’m sure that’s something that would be ironed out prior to the handset’s release. I can’t imagine either company, HTC in particular, would be happy to launch a device that provides a poor sound and camera experience just to please those who want stock Android.

If a Google Edition HTC One does arrive, I can only hope that HTC makes the ROM available to existing One users who want to ditch Sense. It would be a shame if early adopters were left out.