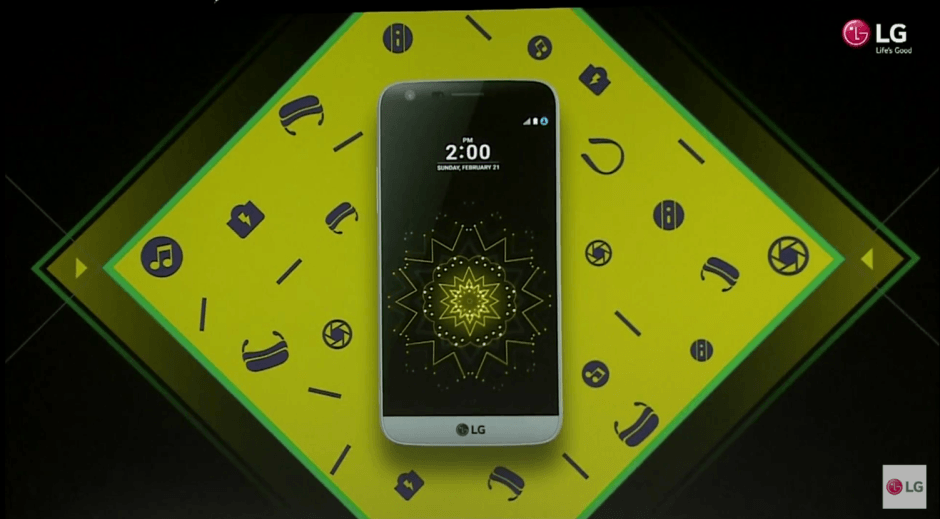 LG G5 is more than it looks at first glance. Photo: LG

LG is kicking off Mobile World Congress early this year with the anticipated unveiling of its new G5.

The device sports impressive specifications and an all-new modular design made out of metal, which lets users slot accessories into its bottom edge. LG calls these add-ons “Friends,” and you’ll be amazed at what they can do.

From the front, the G5 looks a lot like its predecessors, but its high-end metallic design makes it clear this is an entirely different beast that finally looks and feels as good as the competition.

To gain access to that battery, you pull the bottom edge of the G5 out, and the battery comes with it. You can then swap out the standard base for unique “Friends” that add functionality, such as the camera holster that offers zoom controls and a dedicated shutter button.

There’s also a portable Hi-Fi DAC audio player developed in collaboration with B&O Play that promises “top-notch sounds that have traditionally only been available through high-end audio devices” — and a 360-degree camera module.

The G5’s awesomeness doesn’t end there; LG has done away with its famous rear-facing buttons to make room for a fingerprint scanner, and dual 16-megapixel and 8-megapixel camera sensors that promise to deliver greater photos.

There’s also a wide-angle 8-megapixel camera on the front of the G5. 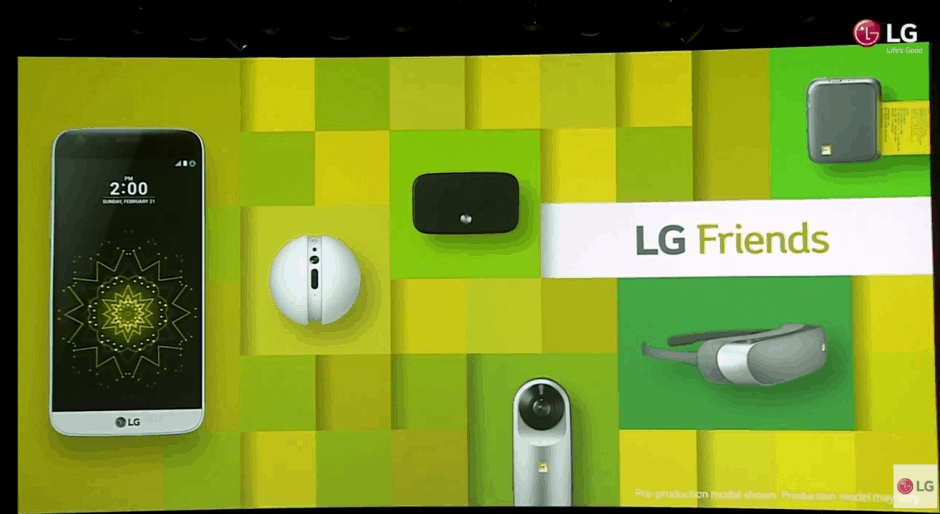 LG is also promoting virtual reality with the G5, and it is even taking a unique approach to that. Instead of a headset you put your G5 into — like Google Carboard or Samsung Gear VR — the G5’s 360 VR handset plugs into the device via USB-C.

This allows the headset itself to become smaller, lighter, and more comfortable to wear.

The G5 will have some tough competition from the upcoming Galaxy S7 series — which will be announced later today — and other handsets from the likes of Apple, HTC, and Motorola. But it’s unlikely we’ll see anything quite so spectacular in 2016.

You’ll be able to get your LG G5 in April.