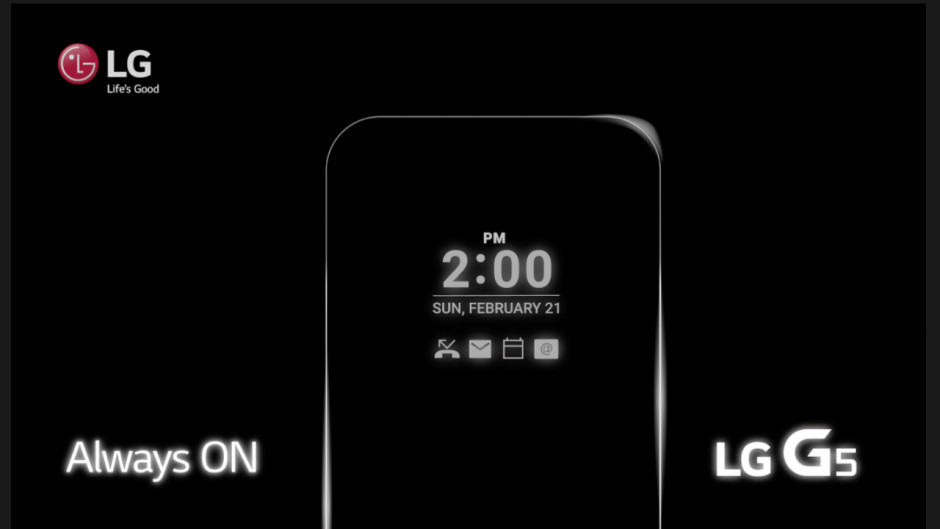 Awake even when you’re not? Photo: Android Authority

Putting your smartphone’s display to sleep as much as possible is the easiest way to save battery life, but LG wants you to keep it on. Leaked press materials confirm its new G5 will ship with an always-on display that will make it easy to see useful information at a glance.

The new feature is showcased in the LG GIF below. It’s similar to the Active Display feature you get with devices from Motorola — and now others — except it doesn’t require a gesture to wake it, because it’s always-on.

So, without waking your phone, you can see the time, date, and whether or not you have outstanding calls, text messages, emails, and calendar events. LG may even allow more to be displayed here, but we’ll have to wait and see.

“From what we’re being told, the LG G5 Always On display is actually a full-screen version of the V10’s second screen, rather than an AMOLED display,” reports Android Authority, which obtained this GIF.

“That potentially means colors and customization, just like the LG V10, but on a full-screen scale.”

LG will announce the G5 at Mobile World Congress on February 21, so we’ll find out more about its always-on display feature then. The G5 is also expected to bring a more premium design, Qualcomm’s latest Snapdragon 820 processor, and dual rear-facing cameras.