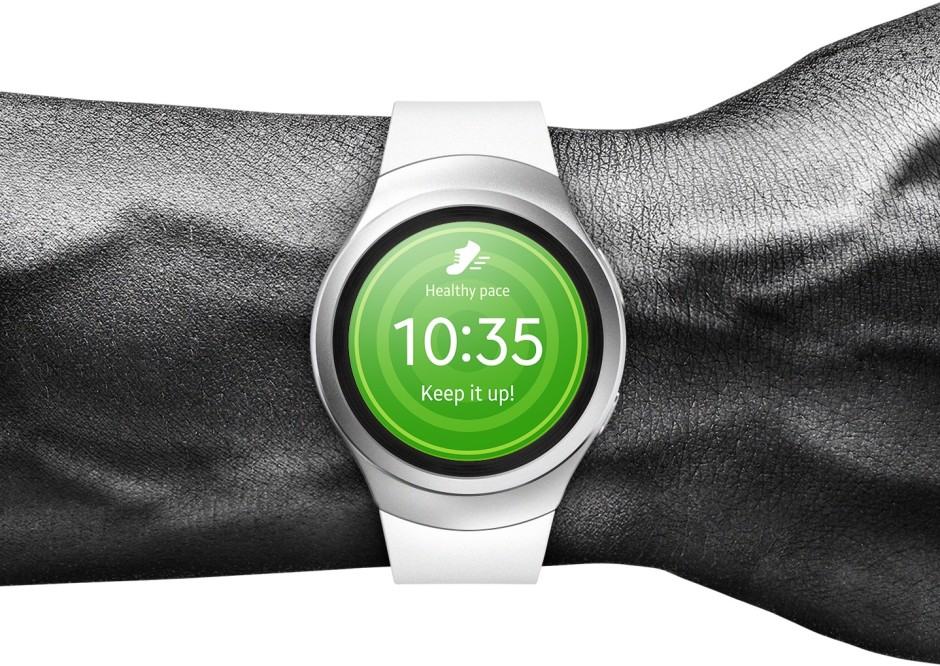 Gear S2 will play in Apple’s back yard. Photo: Samsung

Samsung is making its Gear S2 smartwatch compatible with iPhone to give it an even great chance at competing with Apple Watch and Android Wear. Its latest wearable will get an update later this year that will make it iPhone-friendly.

Samsung wasn’t more specific than that, unfortunately. In fact, the South Korean company told us very little about its plans, which were revealed “in passing during its keynote at the Consumer Electronics Show 2016,” SamMobile reports.

What we do know is that like Android Wear watches, not everything the Gear S2 can do now will be possible when it’s paired with iPhone. Samsung Pay, for instance, requires a Samsung Galaxy device, so it won’t be replacing Apple Pay anytime soon.

We first heard Samsung was planning to make Gear S2 iPhone-friendly back in September, while a December report claimed the company was already working to make its Gear Manager app for Android compatible with iOS.

This will be the first time a Samsung smartwatch has worked with an Apple device, which means it’s big news. But we’ll have to wait and see whether the move will have been worth it.