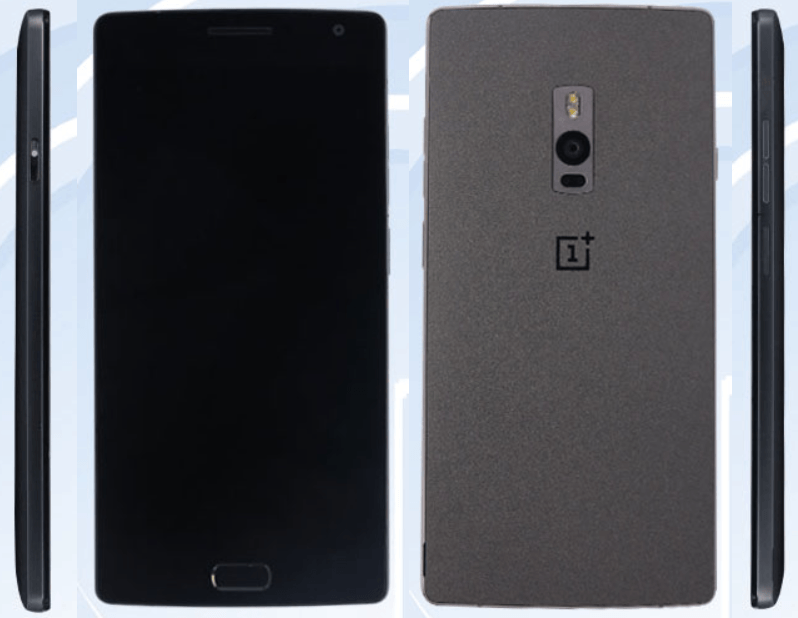 This is the OnePlus 2. Photo: TENAA

Feast your eyes on the OnePlus 2.

The much-anticipated second-generation smartphone from OnePlus has finally been revealed ahead of its official debut on July 27, thanks to Chinese regulator TENAA. The images above showcase the handset’s all-new design, which features a physical home button with integrated fingerprint scanner.

Although OnePlus has already confirmed some of the OnePlus 2’s specifications, it’s been working hard to keep the handset’s new design a secret. Some “leaked” images have been circulated in recent weeks, but it looks like those were — as suspected — nothing more than fakes.

These images from TENAA, the Chinese equivalent of the FCC, show that the OnePlus 2 almost looks like a Samsung device from the front, thanks to its physical home button with shiny silver accent. Its predecessor didn’t have any buttons, but of course, the OnePlus 2 will have a fingerprint scanner.

That’s the biggest design change, but there are plenty of others. OnePlus has done away with the metallic bezel around its smartphone, so glass is pretty much all you see when looking at the OnePlus 2 head-on. The device also appears to be taller and narrower than last year’s model.

The rear-facing camera has been repositioned slightly further down the back of the device, and alongside its dual-LED flash, there appears to be a second sensor of some kind. We suspect it could be a laser autofocus system similar to that found on the LG G3 and G4.

Two subtle things you may not have noticed are the small groove on the bottom left edge of the OnePlus 2, which suggests its back panel will snap off easily (unlike the OnePlus One’s) — and what looks like a button situated on the left side of the device.

This could be the power button, but it looks like that is located beneath the volume rocker on the right side of the device. It could also be a SIM card slot, but it appears to be protruding out of the device, rather than flush against its edge. Could it be a physical mute switch like the iPhone’s?

We’ll have to wait until July 27 to find out. What we do know for certain at this point is that the OnePlus 2 will have a Snapdragon 810 processor, 4GB of LPDDR4 memory, and a USB-C connector — and will be priced at under $450.