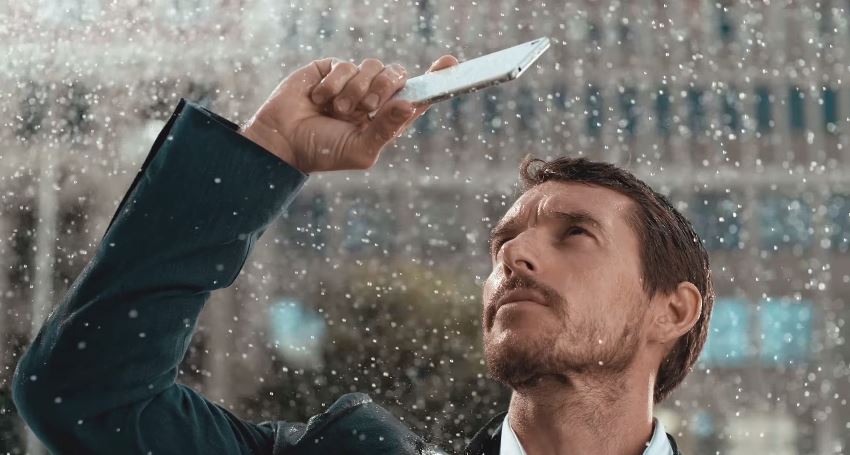 This is one way to keep your Xperia Z3+ cool. Photo: Sony

Sony’s new Xperia Z3+ — an Xperia Z4 for international markets — is powered by Qualcomm’s latest Snapdragon 810 processor, and like many other devices that carry this chip, it has a tendency to overheat.

Sony has been forced to acknowledge the problem after one Japanese carrier began placing warning notices on the device, but the company insists it’s “normal.”

The Snapdragon 810 has been a bit of a pretty spectacular failure since it first began making its way into the latest devices. It succeeds the incredibly successful Snapdragon 801 and Snapdragon 805, but major gadget manufacturers have been avoiding it.

Samsung was one of the first to drop the Snapdragon 810, choosing its own Exynos 7420 processor for the Galaxy S6 and Galaxy S6 edge instead. Reports claimed the South Korean company had identified overheating issues, but Qualcomm and a number of its partners denied the claims.

One of those partners was LG, which is using the octa-core Snapdragon 810 in its G Flex 2. But despite is apparent confidence in the chip, the company decided not to use it in its brand new G4 and opted for the hexa-core Snapdragon 808 instead.

Sony decided to continue with the Snapdragon 810 for its new Xperia Z3+ and Xperia Z4, and now it would appear that its customers are having problems with it. After Dutch website GSMinfo ran into problems with their Xperia Z3+, Sony told them:

“The Xperia Z3+ is a high-performance 64-bit octa-core device with advanced camera technology, in some cases, additional heat can cause functions to stop. Enabling applications can also be felt by the user through the glass on the back.

“This is normal for the unit and should cause no concern.”

I wouldn’t call this behavior “normal.” I’ve never owned a smartphone — an expensive flagship at that — that suddenly stops working properly because it became too hot while carrying out regular, day-to-day tasks.

The problems with the Z3+ have become so bad, in fact, that Japanese carrier NTT DoCoMo has begun placing warning notices alongside the device in its stores, advising owners to shut down the handset periodically, keep it off while charging, and reduce their reliance on the device by using a tablet when possible!

Of course, the one advantage to the Xperia Z3+ is that it’s water-resistant, so you can cool it off in a bowl of cold water.

Like HTC, which had overheating problems with its own Snapdragon 810-powered One M9, Sony has promised to issue an update that will prevent the chip from getting quite so hot during use. Users will have to wait until later this summer for that, however.

Recent reports claimed Qualcomm was revising its Snapdragon 810 to prevent any overheating, but it would seem that hasn’t happened yet. With that in mind, it’s hard to recommend a device powered by this chip right now.

If you don’t want to deal with overheating problems like this — and you shouldn’t — it’s probably best you avoid the Snapdragon 810 wherever possible.