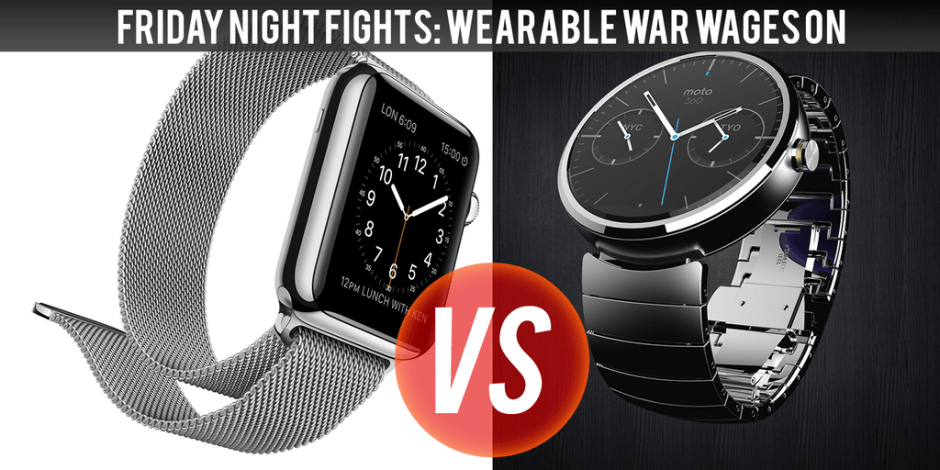 With Apple Watch still sold out and Google reportedly gearing up to deliver Android Wear support for iPhone at Google I/O next week, it’s time for two of the hottest wearable platforms to face off.

Apple Watch is selling 30,000 units every day in the U.S., according to the latest reports, which makes it significantly hotter than any of the Android Wear watches we’ve seen so far. But is it really worth the hype?

Find out what we think in this week’s Friday Night Fight with Cult of Android versus Cult of Mac!

Luke Dormehl (writer, Cult of Mac): This is actually a pretty interesting topic. Android and iPhone fans are always going to go back and forth on the pros and cons of different handsets, but this is the first time we’ve discussed a rivalry in such a new product category.

Smartwatches are pretty hot right now, but so much of this is still built on promise, right?

Killian Bell (writer, Cult of Android): Yes, definitely. I don’t think anyone can deny that smartwatches are a work in progress right now. Some of the options available are certainly a great start, but there’s plenty of room for improvement with all of them.

But if I really wanted to buy a smartwatch today, I’d have to recommend Android Wear over the Apple Watch for a number of reasons.

All of these are cheaper than Apple Watch. Photo: Google

LD: Do any of those reasons involve getting people to visit Cult of Android instead of Cult of Mac?

Why would I want to spend double on an Apple Watch?

LD: Well, if you’re getting triple the value with an Apple Watch you’re still coming out ahead. Ultimately, yeah, it’s great that Android Wear watches are more affordable, but that’s never been Apple’s game.

With that being said, though, $349 for a wrist-mounted computer is hardly breaking the bank. But let’s be honest: if you’re already pulling out the price card, you know you’re onto a loser with this one, Killian.

KB: I wouldn’t be so confident if I were you. Tell me, what does Apple Watch do that Android Wear doesn’t?

LD: I like the increased focus on fitness-tracking, for one. Right now I think that’s got to be one of the big selling points for a wearable and there’s no getting around the fact that Apple Watch mops the gym mat with Android Wear here. Beyond this is Apple Pay, which is another massive selling point.

Then there’s the chance to send doodles and heartbeats to other users. The ability to take calls on the Watch. The Digital Crown and Force Touch interface. And the fact that you can walk down the road wearing it without looking like a gigantic nerd. 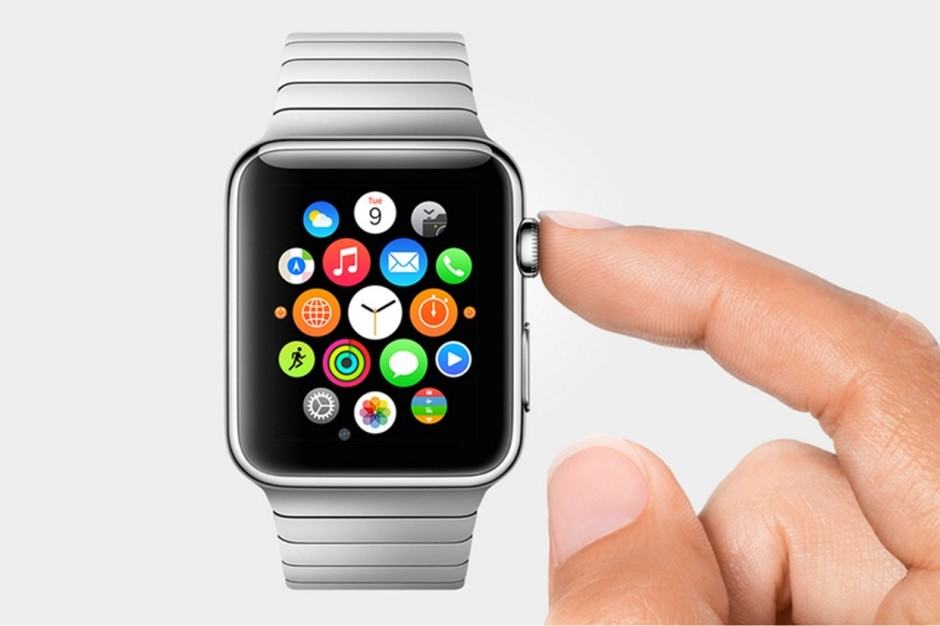 KB: I’ll ignore the “gigantic nerd” jab, because let’s face it, most Android users don’t care about that. We championed 5.5-inch smartphones when they were considered laughably big — before Apple was forced into making its own to claw back the market share it had lost to Samsung.

Heck, some of us even walk around with futuristic specs attached to our faces.

What’s more, many Wear fans — including me — would argue that there are plenty of Wear watches that look just as pretty as Apple Watch, if not prettier. I’m talking about devices like the Moto 360, the LG G Watch R and Watch Urbane, and even Sony’s SmartWatch 3 (if purchased with a metal strap and not the nasty silicone one).

Google has Google Fit, which allows Wear users to track the same heart rate and activity data that Apple Watch does, though I’ll admit that Apple currently uses that data better with platforms like HealthKit. I’ll also have to bow down to Apple Pay.

But Wear has plenty of advantages, too. Let’s talk about customization.

KB: With Wear watches, I can apply one of hundreds of thousands of third-party watch faces, all of which are free. I’m not limited to a small selection provided by Google. What’s more, many watches are also compatible with standard watch straps.

I can pick up a high-end leather band off Amazon for $40, then, and it’ll be compatible with every watch I own. Apple Watch’s leather bands cost upwards of $150, and they use a propriety connector. 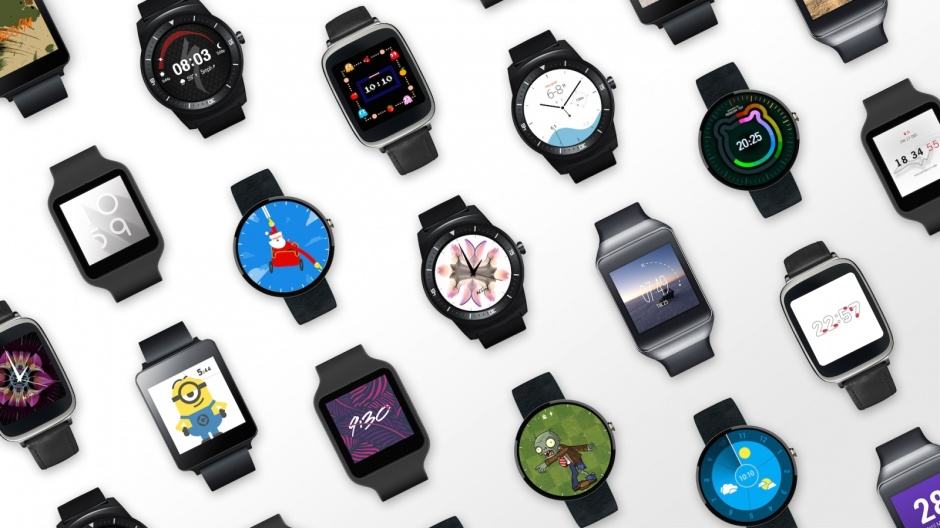 There are literally thousands of faces for Android Wear. Photo: Google

LD: People are always going to poke Apple with the walled garden stick, but — to be honest — when the devices, straps and faces are as gorgeous as the ones Apple is providing, I really don’t see it as a problem. Over time I wouldn’t be surprised if the company’s stance softened, but for now it’s hardly a chore.

Apple certainly got around to letting apps onto the Watch a lot earlier than they did with the iPhone. If you want to talk geekiness, though, that’s another thing I like about the Apple Watch. It’s been out for barely any time at all and already we have cool features like being able to use it to open hotel doors.

You can’t do that with Android Wear. There’s an advantage to being a company with Apple’s reach — and it extends to the fact that more outside companies are likely to jump on the technology now that Apple’s joined the party.

KB: I’m glad you mentioned apps. I’d like to point out that, technically, Apple Watch doesn’t have any third-party apps. It’s little more than a window to your iPhone right now. Everything you do on your Watch is being powered by your phone in the background — nothing runs natively on the device itself, except for the apps made by Apple.

That’s not the case with Android Wear, which can do a whole host of things independently. Developers also have a lot more freedom when it comes to building Wear apps, and if you really, really wanted to, you can even side-load regular Android apps onto your wearable. 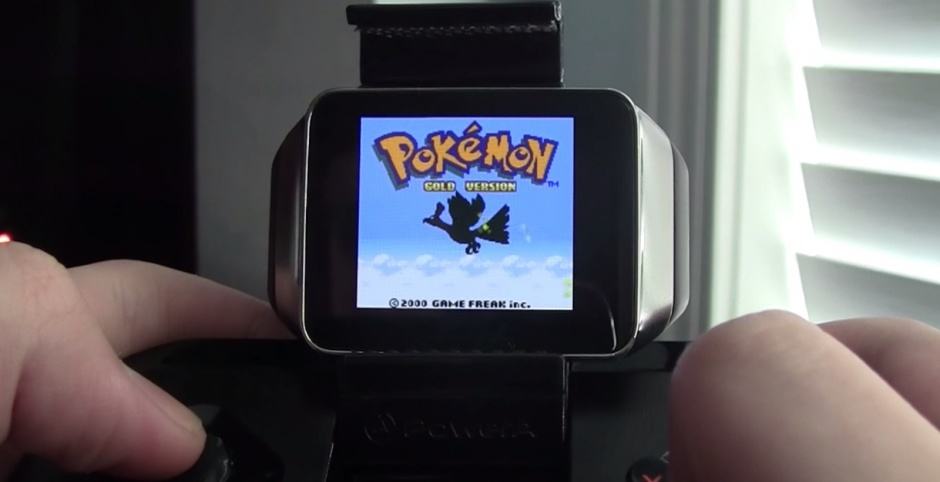 LD: Fair enough. But we’re talking about a platform with almost a year’s lead time on Apple. You may as well take Einstein as a baby and say “How smart can he be if he can’t even hold his own head up?” Give it a bit of time.

But then again, Android’s always had a bit of confusion over the difference between quantity and quality.

KB: So, you admit that Apple Watch still has a lot of catching up to do, but you’re willing to pay double for it anyway?

LD: I have faith Apple Watches are going to be around in five, ten, fifteen years time. I simply can’t say the same for Android Wear. Sure, there are a few teething challenges in the first iteration. Unlike Samsung’s masterful smartwatches (LOL), not everyone can get it 100% right the first time.

But there’s so much to like about Apple Watch that, in my view, it more than justifies the cost.

Apple needs to Watch it

KB: Good for you. I know a lot of Apple fans feel the same way, and that’s great for Apple.

But I think this battle is going to get really interesting next week if Google does deliver Android Wear support for iOS as expected — alongside big improvements to the Wear platform itself.

Apple Watch won’t be the only option for iPhone users, who will suddenly have many more smartwatches to choose from at significantly cheaper prices, and they’ll get a better OS to boot. We’ll see whether Watch can maintain its momentum over the coming months. 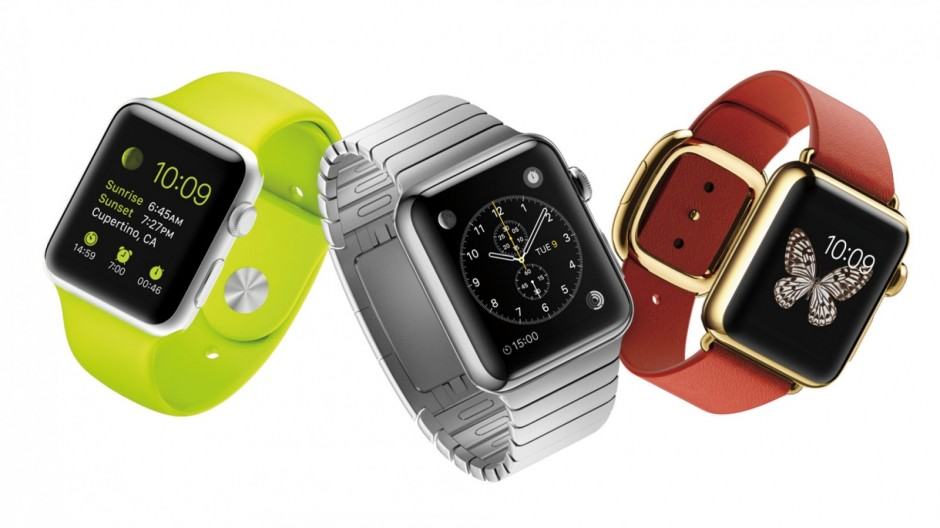 LD: Definitely. Hey, if iPhone owners get to choose from yet another compatible smartwatch, they’re not exactly losing out. It may even reinforce why they made the right decision to go with an Apple Watch in the first place.

KB: Is that what it says in the Cupertino Kool-Aid manual?

Let’s just see what the next few months bring. I’ve already mentioned Android Wear improvements and support for iOS, and we can expect a wave of new Wear devices from various manufacturers, too. Apple may be smiling now, but it definitely needs to watch its back. Get it?

LD: Ugh. I think it may be time to turn this argument over to the judges’ scorecards.

Friday Night Fights is a series of weekly death matches between two no-mercy brawlers who will fight to the death — or at least agree to disagree — about which is better: Apple or Google, iOS or Android?