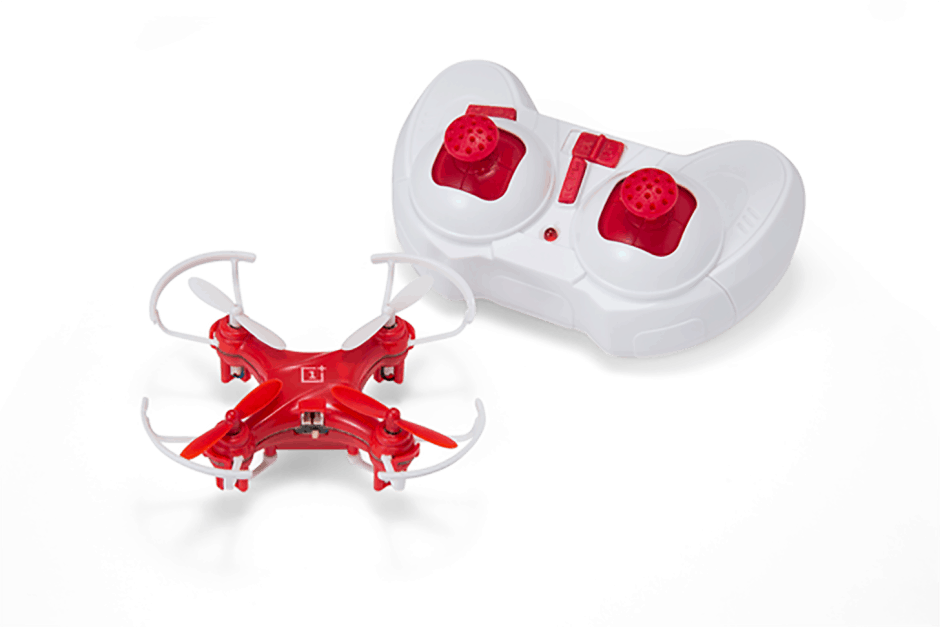 This is the DR-1 drone you can’t buy. Photo: OnePlus

The “game changing” DR-1 drone from OnePlus is here, and it’s priced at just $19.99 — but there’s a catch. While it may be a real product, it’s also an April Fools’ joke, and the “limited quantity” that were available to purchase from OnePlus are now sold out.

This is OnePlus’s first attempt at playing the April Fools’ game, and it has done a pretty spectacular job. It’s not the first tech company to announce a pretty convincing product that turned out to be a joke, but it did take the prank to a whole new level.

“Aerial drones are the next big thing in consumer technology, and at OnePlus, we pride ourselves on fighting to stay ahead of the technological curve,” reads the DR-1’s product page on the OnePlus website.

“We’re proud to say that we’ve innovated a whole new way of thinking about drones.”

OnePlus actually began teasing the DR-1 several weeks ago with teaser images, and it reminded us the device was on its way yesterday with a Vine video. It also put its joke into production, but unfortunately for those who wanted one, only a limited number were made — and they’re already sold out.

The miniature device was priced at just $19.99, and it boasts four spinning blades, LED lights, and a 100mAh battery that promises 20 minutes of flight in between charges. It even has its own promotional video.

I have to say, I always found it somewhat strange that OnePlus was billing a drone as a “game changer.” I guess we just have the OnePlus Two to wait for now.