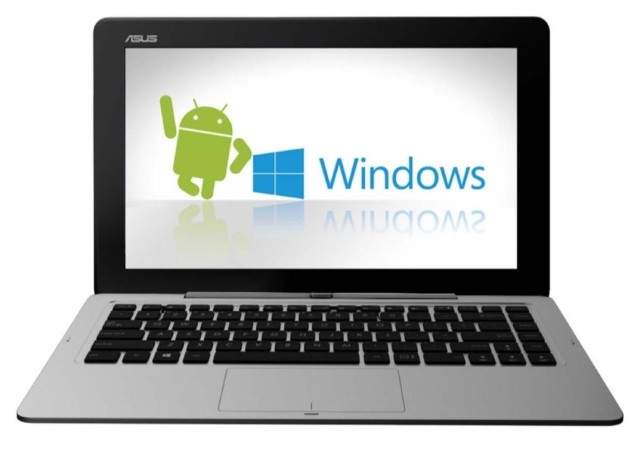 Asus has reportedly postponed the launch of its new, dual-booting Android+Windows notebook following pressure from Google. The Transformer Book Duet TD300, which was announced at the Consumer Electronics Show in Las Vegas back in January, was scheduled to go on sale in March — but it may not go on sale at all.

“Due to pressure from Google, Asustek has postponed plans to release its TD300 tablet that was presented at CES 2014,” DigiTimes reports. It’s thought that such dual-booting devices are likely to benefit Microsoft more than Google by helping the software giant increase its market share.

Asus “runs the risk of offending Google and Microsoft by releasing dual-system products,” DigiTimes adds. Other PC makers are also said to be re-evaluating plans to release dual-booting devices as Google tries its best to ensure they never hit the market.

This could explain why Samsung’s Ativ Q, a new touchscreen notebook that was announced last June — which also gave users the option to run both Android and Windows on one machine — was quietly discontinued without explanation before it ever went on sale.

If Google really is keen to keep dual-booting Android+Windows devices out of the market, then it seems there’s little hope or those rumored Android+Windows Phone smartphones that we’ve been hearing so much about in recent weeks.

One Indian smartphone manufacturer has promised to launch its first dual-booting handset this June, but we’ll see whether it actually becomes a reality.