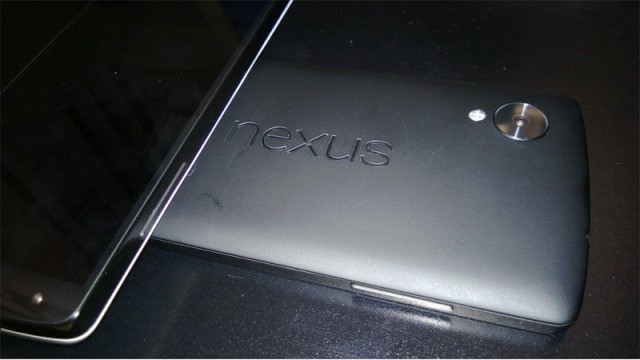 Google is expected to unveil the much-anticipated Nexus 5 tomorrow, but thanks to a new hands-on video, you don’t need to wait to see the device in all its glory. The 7-minute clip below showcases the handset’s new design from every angle, and gives us a sneak peek at its Android 4.4 KitKat software.

The Nexus 5 featured in the video doesn’t appear to be a final model; it’s missing that big Nexus logo on its back, and although its running Android 4.4, it’s also lacking a number of newer features like the camera shortcut on the lock screen, and the transparent navigation bar.

But having said that, the device is still identical to the Nexus 5 we’ve seen in all those leaked photos over the past few weeks, with the same mysteriously large camera lens and 5-inch 1080p display.

The Nexus 5 is also expected to feature a quad-core Snapdragon 800 processor, 2GB of RAM, LTE connectivity, and 16GB to 32GB of internal storage. Some reports have also suggested the device will use clever microelectromechanical (MEMS) camera technology that allows you to refocus photos after they’ve been taken.

We’re still waiting for Google to announce its Nexus 5 event, so there’s a chance it may not go ahead tomorrow as expected. But as soon as we have an official date, we’ll let you know.