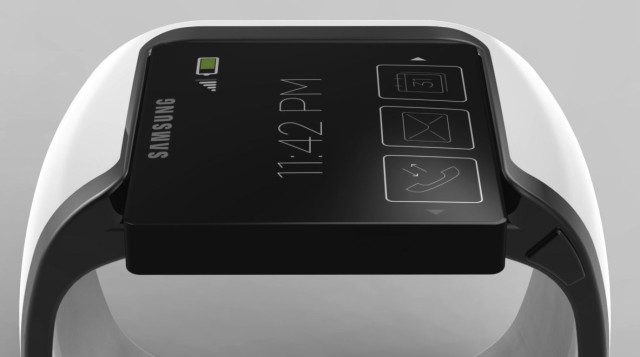 Galaxy Gear, Samsung’s first Android-powered smartwatch, will be unveiled alongside the Galaxy Note III next week, according to a senior Samsung executive.

Lee Young-hee, executive vice president of the South Korean company’s mobile business, has confirmed to The Korea Times that the new “wearable concept device” will be announced on September 4, and she’s confident it will be a big success.

“We will be introducing a new wearable concept device called Galaxy Gear at our own event in Berlin on Sept. 4,” Lee said this week. “The new device will enhance and enrich the current smart mobile experience in many ways. It will lead a new trend in smart mobile communications. We are confident that the Gear will add meaningful momentum to the mobile industry.”

The Galaxy Gear is expected to kickstart a new generation of smartwatches that hope to be the perfect companions to our smartphones. Apple, Google, Microsoft, and LG are also rumored to be working on devices of their own, while Sony announced its second-generation SmartWatch 2 back in June.

When connected to your smartphone via Bluetooth, these devices will allow you to see incoming notifications on your wrist, read text messages and emails, use certain apps like fitness trackers or navigation clients, and control things like media playback.

Lee also confirmed the Galaxy Note III will get its grand unveiling at the same event next week with “enhanced key features.”

“Samsung opened a new smart mobile device category back in 2011 with the introduction of the first Galaxy Note,” she said. “Since then, smartphones with large screens have been a mainstream trend. As the creator of this category, we will introduce our customers to enhanced key features on our Galaxy Note devices.”