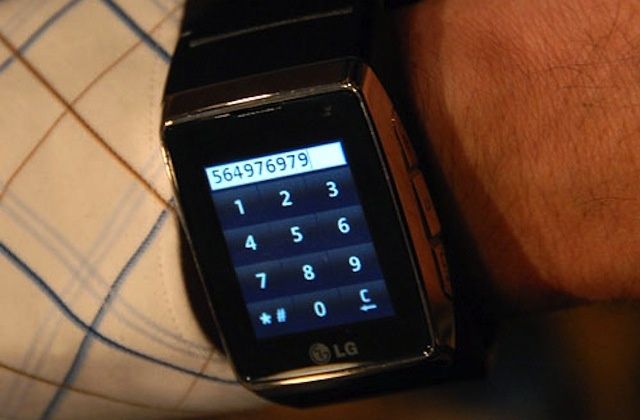 LG will compete with Apple, Google, and Samsung with a smartwatch of its own that is expected to run Google’s Android operating system. The company is also said to be working on another wearable computing device that will reportedly rival Google Glass.

Like Samsung, LG has dabbled with smartwatches before. The company launched a device it called the “watch phone” (above) back in 2009, which offered a built-in GSM radio and was capable of making voice calls. Needless to say the device didn’t really take off, but LG will be hoping that things go differently second time around.

The Korean company’s upcoming smartwatch will reportedly work alongside the smartphone — just like those from Apple, Google, and Samsung — delivering notifications to the wearer’s wrist, and providing other basic functions. According to The Korea Times, the device will be powered by Android, though it will almost certainly be a heavily modified version suitable for a smaller device.

Apple’s much-anticipated “iWatch” could launch as early as this year, according to Bloomberg, and it’s first competitor is likely to come from Samsung; a company executive confirmed earlier this week that it has been developing a smartwatch for some time.

Google will also join the smartwatch race later on, according to The Financial Times, with a device currently being developed by its Android unit.