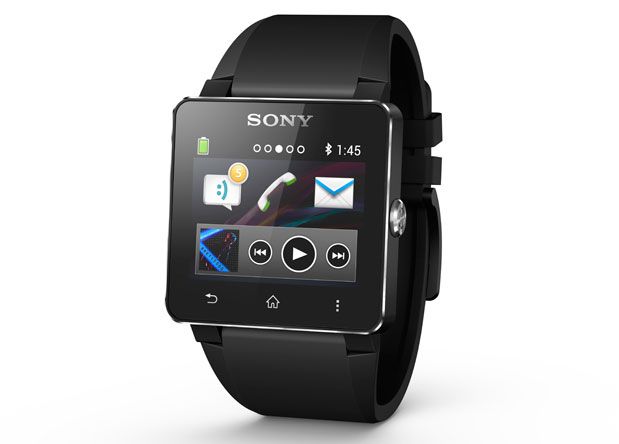 Hot on the heels of its Xperia Z Ultra announcement, Sony has unveiled the new SmartWatch 2, its second attempt at conquering the intelligent wristwatch market before its competitors throw their efforts into the mix. Like its predecessor, the new device is powered by Android, but this time it offers a bigger display and a waterproof body.

The SmartWatch 2 pairs up with your Android-powered smartphone then delivers your notifications to your wrist. It allows you to see who’s calling, read text messages and emails, and control your music without ever having to take your smartphone out of your pocket.

It boasts a 1.6-inch touchscreen with a 220×176 resolution, and an aluminum form factor that’s resistant to both dust and water, with IP57 certification — just like the Xperia Z and the Xperia Z Ultra. In addition to its standard plastic strap, Sony is also packing a stainless steel wristband with it, and it plans to offer alternative straps later on, according to Engadget.

The SmartWatch 2 also offers NFC connectivity and Bluetooth 3.0, and it’s compatible with smartphones running Android 4.0 Ice Cream Sandwich and above. Sony promises up to four days of battery life with moderate use.

The SmartWatch 2 will go on sale globally this September, but its price tag is yet to be announced.