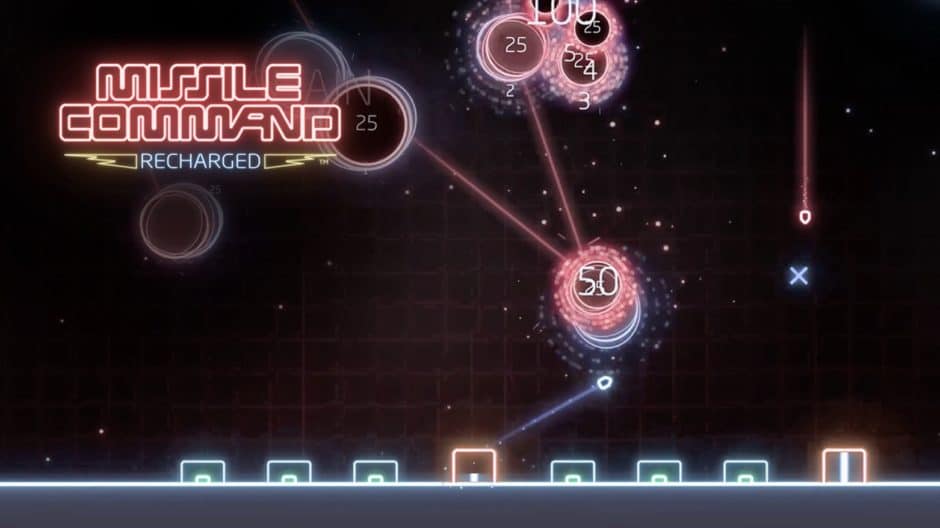 Emerging from the dark and noisy arcades of the 1980s is a updated version of a classic. Atari’s Missile Command: Recharged for iPhone and iPad is nearly identical to the original with only a few tweaks for a new generation.

And to double down on the nostalgia, an augmented reality mode projects your gameplay onto a virtual arcade cabinet.

In the 1980s, nuclear war between the United States and the Soviet Union seemed a real possibility. It was so much a part of the culture it spawned video games like Missile Command, in which players defend a collection of bases from incoming nuclear missiles.

Forty years later, Atari has a new version called, logically enough, Missile Command: Recharged. It’s been modified so that it’s controlled with a touchscreen instead of a roller-ball or joystick, but other than that remains very true to the first iteration.

For those not lucky enough to have crowded into an arcade filled with blinking lights and beeping noises, this Atari game presents players with six bases and three missile silos to protect across the bottom of the screen. Nuclear missiles drop from the top, and the player shoots interceptor missiles to destroy them before they can annihilate the bases and silos.

To launch your interceptors, you tap the screen where you want your projectile to explode. Each has a blast radius, so it’s not necessary to hit each incoming missile exactly. And one of yours can take out multiple enemy ones.

Missile Command: Recharged might sound easy, but it takes time for your counter-missiles to get into place. And your enemy will launch wave after wave of nukes, while you only have as many defense missiles as you have remaining silos. You can’t saturate the area, but must marshal your assets.

Atari didn’t modify the game much from the arcade classic. There are some new powerups for you to blast, like one that makes your counter-missiles more effective. Another puts a temporary shield over your cities and bases. But be careful: Blow up the wrong “powerup”and the enemy nukes speed up.

There’s a bonus feature for those who really want to get nostalgic. Missile Command: Recharged can create an augmented-reality game console that you can place anywhere. 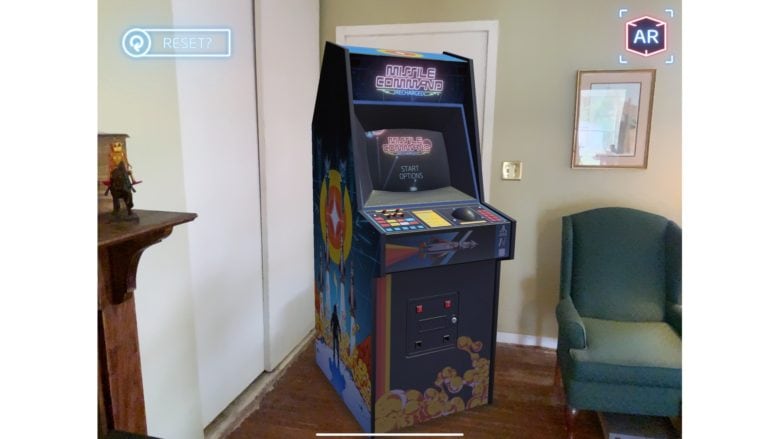 Put an augmented-reality Missile Command: Recharged console in your man shed or she shack.

And the game on the console is playable. Tap the controls on its virtual screen to start blasting.

As someone who remembers the original well, I appreciate that Atari made Missile Command: Recharged true to the first version. The update is as much fun as it was back in 1980.

This is a casual game, not something you’ll sit down and play for hours. But it’s a great way to spend a few minutes waiting in a queue.

This iOS and iPad game is available now in the App Store. There’s also an Android version on Google Play.

Missile Command: Recharged is free, but after a while it starts requiring players to watch a video to continue.

Atari charges $2.99 to get rid of advertising.