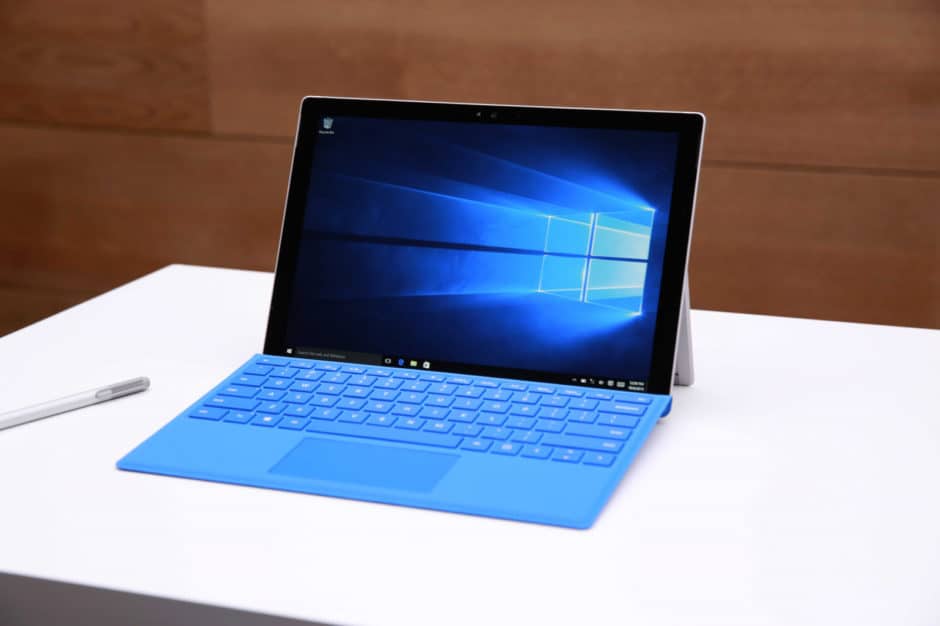 Microsoft is rumored to be working on a new dual-screen Surface tablet that will run Android apps.

The slate, which is codenamed Centaurus, will reportedly pack two 9-inch displays that fold together like a book. Supply chain sources expect it to launch in the first quarter or first half of 2020.

Microsoft’s Surface tablets are some of the best money can buy, but they’re not really designed for casual tablet users. They run the full Windows 10 operating system and quickly convert into desktop PCs when required.

Microsoft may have something up its sleeve for those who would typically choose an iPad, however. Its new folding tablet is expected to run a watered-down version of Windows with support for Android apps.

Folding Surface could deliver best of both worlds

Supply chain sources for market research firm IHS Markit expect that Surface tablet to have two 9-inch screens with 4:3 aspect ratios. They’re likely to sit side-by-side, allowing the tablet to fold together like a book.

A lightweight version of Windows, dubbed Windows Core OS (WCOS) is expected to be the tablet’s primary operating system. The platform is being developing specifically for dual-screen devices and Chromebook competitors.

However, users could have the ability to run Android apps on the new Surface tablet, too. This would give users the best of both worlds — more traditional desktop apps when they need them, and mobile apps when they don’t.

It won’t be a budget tablet

Obviously this won’t be a budget Surface tablet, because as we all know, foldable devices aren’t cheap. Microsoft is expected to pack high-end specifications inside Centaurus as well.

IHS reports that the device will be powered by Intel’s latest 10-nanometer processors, and could offer LTE or 5G connectivity.

More than just a rumor

This isn’t the first time we’ve heard Microsoft is working on foldable devices. In fact, The Verge reported earlier this month that the Centaurus tablet has already been demonstrated to Microsoft staff during a secret internal event.

This suggests the device is more than just a prototype in the early design stages. Microsoft’s willingness to show it off indicates certain things have been nailed down and a plan for the tablet’s future is in place.

What is surprising about IHS’ claims is that Centaurus will run Android apps. This would be a big surprise for a Microsoft product — one that wouldn’t be easy for the company to implement in its own platform.