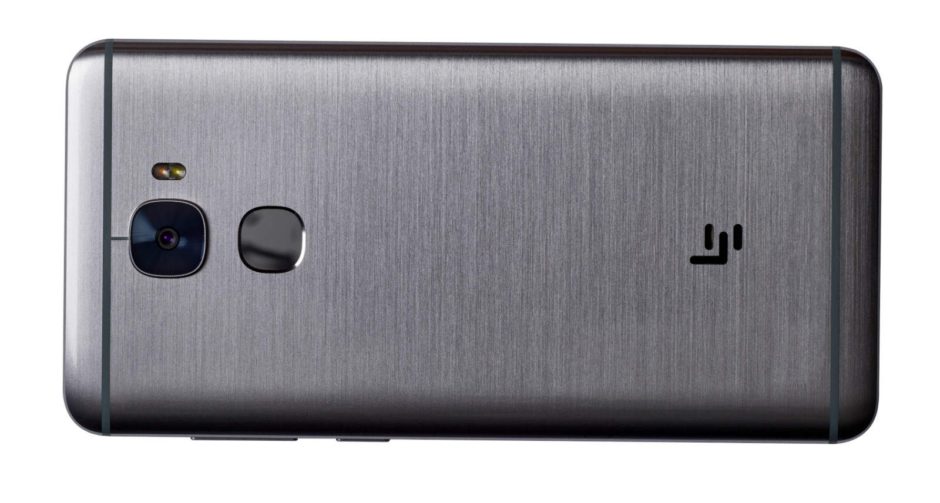 With a sharp screen, a fast processor and 4GB of RAM, the new LeEco Le Pro3 is a bold shot across the bow of Apple and other premium smartphone makers.

While the hardware nudges the phone toward the high end of the spectrum, the rock-bottom pricing should send shivers through Cupertino. At just $399 — or $299 if you get in on LeEco’s generous instant rebate, which starts today — the Le Pro3 is a steal when compared to the iPhone 7 Plus.

Yes, this is comparing Apples to oranges. LeEco’s new flagship phone runs Android (and an old version at that — it ships with Android 6.0.1, although LeEco says it’s working on an upgrade). Still, the Le Pro3 doesn’t feel like the cheap iPhone clone of your worst nightmares.

The rock-bottom pricing on a high-spec phone serves as a linchpin to LeEco’s U.S. launch. The company, which came to be known as the “Netflix of China” due to its origins as an online video outlet, harbors grand ambitions. In addition to phones, LeEco makes televisions and tech accessories like headphones, all sold at shockingly low price through its online store, LeMall.

LeEco’s vision is so broad and so nakedly ambitious that you could call it the Anti-Apple.

The Chinese company only recently got into the smartphone biz, but it’s already the world’s fastest-growing smartphone company. So, just how big a splash will (or should) the Le Pro3 make when it launches in the United States with a flash sale today?

Hands on with LeEco Le Pro3

Cult of Mac put a LeEco Le Pro3 demo unit through its paces, comparing it to the iPhone 7 (and in some cases, Google’s hot new Pixel XL).

The LePro3’s brushed-aluminium case gives it a solid feel. Not as stately, regal and smooth as an iPhone 7, but definitely not cheap. The fingerprint sensor, placed high up in the middle of the back of the phone, works well. It takes some getting used to if you’re switching from the iPhone’s Touch ID, but functionally it’s fine.

Like the iPhone 7, the LePro3 lacks a headphone jack (LeEco actually beat Apple to this horror of horrors). The new LeEco flagship comes with a USB-C port — another forward-looking choice that will either cause you fits or give you faith in the company’s vision.

The LePro3 comes with USB-C earbuds that look remarkably like EarPods. Plus, LeEco tosses in a USB-C cable that connects the phone to a standard USB port. And a really chintzy clear plastic case.

The phone is GSM-only, which means it won’t work with CDMA carriers Verizon, Sprint or Boost.

As you might guess, I’m no Android expert. But people with more experience than me say that LeEco’s skinned version compares badly with its competitors. Since I haven’t used an Android phone for years, I don’t have much to say about this right now (although I do miss the app drawer button).

What’s powering the LeEco Pro3? A Qualcomm Snapdragon 821, one of the fastest smartphone processors going. The Le Pro3 felt quite snappy and responsive during our tests. And it comes standard with 64GB of storage.

The Le Pro3 packs a massive 4,070mAh battery that LeEco says gets you more than 13 hours of HD video streaming. I haven’t had a chance to binge-watch Narcos yet, so I can’t say for sure, but the LePro3 I tested died in the middle of the night after I forgot to plug it in to charge. It didn’t even last a full 24 hours.

Admittedly, that was a day of higher-than-average usage. But the good news is that quick-charging technology lets the Le Pro3 juice up at about 1 percent per minute. Other people report better results.

LeEco seems to live in a world fueled by hype (who doesn’t these days?), and the Le Pro3’s amazing battery life so far doesn’t seem to live up to the company’s claims.

The cameras, which we haven’t had time to test yet, come in at 16MP for the rear camera and 8MP for the front. When it comes to video, the Le Pro3 offers 4K recording and slow-motion capture.

We also tested the LePro3 on basics like video, images and audio. The LeEco phone boasts a 5.5-inch FHD display with 403 ppi resolution. It looks remarkably good.

When compared to the iPhone and Google’s plus-size flagship, it fared well. To our eyes, the Pixel XL’s screen actually looked the best in most cases, slightly edging out the iPhone 7 when it came to the vibrancy of colors. We preferred the displays on both those phones to the one on the Le Pro3 — but not by much.

The Le Pro3’s display seemed a bit colder and bluer, and the Pixel XL and iPhone 7 screens popped a bit more. But honestly, would you notice if you weren’t doing a head-to-head comparison? For most people, probably not. The Le Pro3 screen looks satisfyingly sharp.

Comparing the quality of smartphone speakers seems like a fool’s errand. Such tiny speakers can never compete with an excellent Bluetooth speaker, let alone deliver the booming bass and rich sound that would make an audiophile swoon.

Still, LeEco makes a big deal out of the fact that the Le Pro3 packs stereo speakers and Dolby Atmos, so compare them we must. The iPhone 7 speakers sounded better than the Le Pro3’s, hands down. They are louder, too. Having built its burgeoning empire on the back of online video, it’s not too surprising that LeEco puts its content platform at the center of its products. The Ecosystem User Interface, aka EUI, serves up streaming audio and video. It binds together the company’s Android TVs, its smartphones, its bikes (which sport an Android console on the handlebars) and, eventually, its electric car.

The idea is that you can watch on one device, seamlessly transfer to another, and never miss a beat. Since I only used the Le Pro3, I have no idea how this works in real life. It looked nice in the demo at LeEco’s big event, though — simply swipe up on your smartphone screen and the video you’re watching appears on a giant TV.

When it comes to the actual content, LeEco faces a challenge. We’re already awash in video content. And everybody’s trying to put a pretty, simple face on the television experience — Apple TV, Roku, Netflix, Amazon, cable providers, everyone. It’s tough enough for any of these services to differentiate themselves, and they are already household names in the United States.

LeEco’s Live video platform lets you watch nine different streams at once on your smartphone, dipping into whichever one catches your eye. A “float” feature lets you watch videos in a small window while you use other apps, in case you’re into multitasking on a tiny screen. It’s similar to YouTube’s picture-in-picture, but you can watch LeEco video while you’re checking email or whatever else you do on your phone.

To me, it’s a distraction. And the content I saw didn’t grab me right off the bat. However, LeEco has partnerships with big brands like Showtime, Vice, Lionsgate and Esquire, plus more heavy hitters supposedly on the way, so who knows exactly what the future holds. Maybe with repeated use LeEco Live will grow on me.

You get a three-month free subscription to EcoPass with every phone you buy. Still in beta, the EcoPass “grants you access to a variety of entertainment options, cloud services, eco warranty, and exclusive discounts on LeEco products and services,” the company says. What it doesn’t say is exactly how much pricing will be after the introductory offer.

LeEco’s flash sale on its e-commerce site LeMall starts at 10 a.m. Pacific today. Many deals await. You can potentially grab a $100 discount on the Le Pro3 or the even cheaper entry-level Le S3 smartphone (retail price $249 before discount).

I say “potentially” and “could” because these massive discounts last only until LeEco sells out (although it’s possible the flash sales happen daily throughout November, and LeEco promised big things for Black Friday).

If you want your best shot at grabbing one of these deals, you should sign up in advance to claim your LeRewards instant rebate. Then check back when the sale starts at 10 a.m. It’s