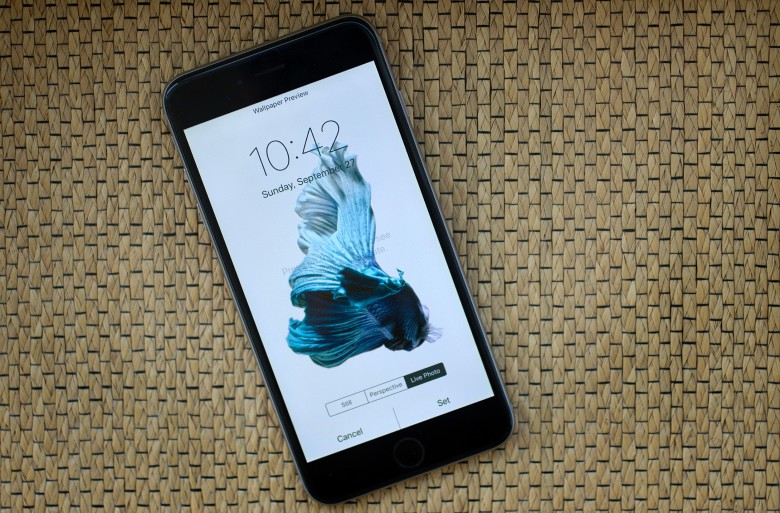 Samsung’s upcoming Galaxy S7 will reportedly deliver with a new feature called “Vivid Photo,” which will be a clone of the Live Photos function on iPhone 6s, allowing users to shoot images that come alive when they are pressed.

We already know that Samsung is planning to rip off Apple’s new 3D Touch feature for its latest Galaxy smartphones. Normally we’d be annoyed with the South Korean company for copying more of Apple’s moves, but Force Touch is so good, we want to see it everywhere.

Now Android Geeks reports that Samsung will steal Live Photos, too: “According to one of our sources the software engineers of the South Korean phone maker are testing a Live Photos-like feature that is supposed to debut with the Galaxy S7 later this year,” reads the report.

It’s not totally clear what the feature will be called — Samsung is said to be toying with “Timeless Photo” and “Vivid Photo,” but it seems the latter is the favorite. It’s also unclear if this feature will be ready for the Galaxy S7’s launch, or if it will be added with a software update.

You might argue that Samsung was the first to bring photos to life with its Sound & Shot feature, which has allowed users to capture sound with their photos for a couple of years. But it’s not quite on par with Live Photos, which actually allows them to move.

The Galaxy S7 is also expected to offer Qualcomm’s new Snapdragon 820 chip — which it will also manufacture — plus 4GB of RAM, a new 12-megapixel rear-facing camera, and expandable storage. Recent reports have claimed it will be unveiled at MWC on February 21.