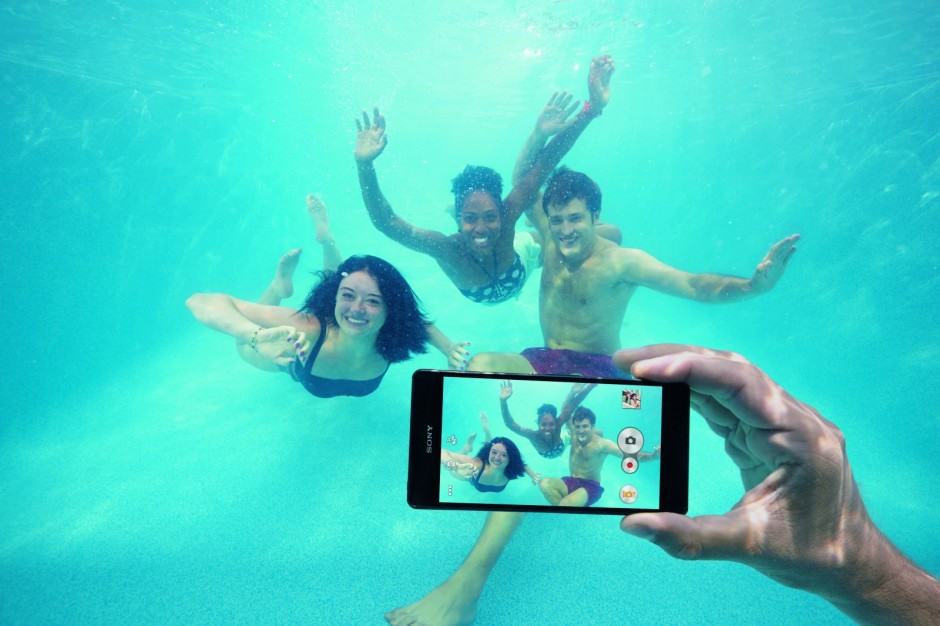 You can’t do this with your Xperia smartphone anymore. Photo: Sony

You know that Sony smartphone you bought for its “waterproof” form factor? Whatever you do, don’t take it under water.

Despite boasting about their water-resistance capabilities, opening underwater smartphone stores, and using promotional shots like the one above, Sony is now warning customers not to get its Xperia smartphones too wet.

Sony’s latest devices have an IP68 rating for dust- and water-resistance. That means you should be able to take them in fresh water up to 1.5 meters deep for up to 30 minutes. So, after promoting those capabilities extensively, why is Sony now backtracking?

XperiaBlog suggests Sony may be covering itself against complaints or even lawsuits from customers who do damage to their devices when they get it wet.

If Sony promises that your device will withstand water and then it doesn’t, you’ve been mis-sold that device. But if the company warns you not to take it in water and then you do and it breaks, well, that’s your fault for not taking any notice of the warning.

The reality is that Xperia devices are still certified for water-resistance — that hasn’t changed — and Sony says you can still use them in the rain, on a windy beach, and even while you’re in the tub (as long as you don’t submerge them).

But if you do submerge them and they stop working, it’s now all your fault, because Sony told you not to do it. Except when it encouraged you to do it, like in the Xperia Z3 ad below.