Motorola is set to announce its second-generation Moto 360 on September 8, according to a teaser image published by parent company Lenovo. We’ve already seen leaked images of the device, which is expected to come in two sizes for the first time.

The original Moto 360 was one of the most exciting Android Wear watches available last year, but its aging internals make it a poor investment now. Motorola clearly recognizes that, with the device being pulled from the company’s online store over the weekend.

But Motorola’s wearables section won’t remain empty for long. The new Moto 360, which has a slightly revised design and is to come in small and large sizes, will get its grand unveiling on September 8 — a day before Apple’s big iPhone event. 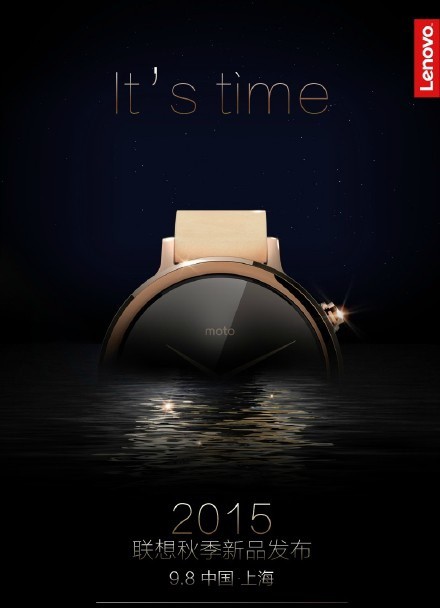 Just one week to wait for the new Moto 360. Photo: Lenovo

Recent rumors have claimed the new Moto 360 will have 1.37- and 1.55-inch displays with 360×360 resolutions and 20mm and 22mm bands respectively, plus larger lugs that will make swapping bands a lot easier. The device is expected to come in black and silver initially.