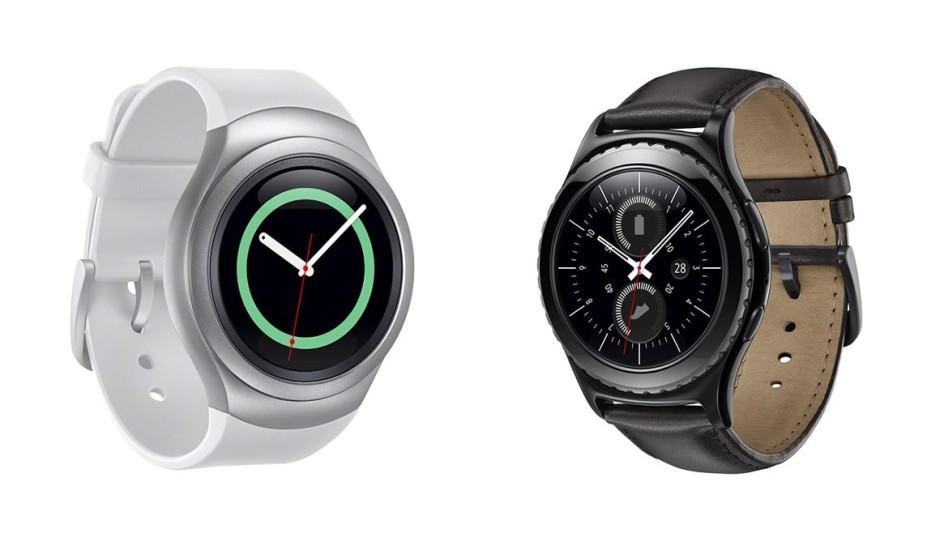 After teasing the new Gear S2 smartwatch during its Galaxy Note 5 unveiling earlier this month, Samsung has confirmed all the juicy details we’ve been waiting for.

The new wearable will be available in two flavors — the Gear S2 and Gear S2 classic — both of which have round faces and are aimed at consumers who “prefer more timeless watch design.” But will the devices be good enough to trip up the Apple Watch?

The Gear S2 and Gear S2 classic have the same internals, but while the standard model sports a simple, modern design with a plastic strap, the classic has a black finish with a leather strap that makes it look more like a traditional watch.

Both devices carry 1.2-inch circular displays with a 360×360 resolution, and they’re surrounded by rotating bezels which, like the Apple Watch’s digital crown, allow users to navigate menus, scroll lists, and zoom in and out on photos and maps.

The Gear S2 also has all the sensors you would expect to see for fitness and activity tracking, including a heart rate monitor — plus NFC connectivity with support for Samsung Pay coming later on. There will also be a 3G-equipped option that will operate without a connected smartphone.

One thing that sets Samsung’s new watches apart is their software. Like previous Gear devices, the Gear S2 and Gear S2 classic will be powered by a custom Tizen operating system, which means they’ll miss out on all the third-party apps available on Android Wear. They will likely only work with Samsung smartphones, too — though compatibility is yet to be confirmed by Samsung.

We’re also waiting for confirmation on pricing and availability. A number of U.S. carriers have confirmed they will be offering the device — including AT&T, T-Mobile, and Verizon — but none have revealed when it will go on sale yet.

We expect to hear more this week as Samsung shows off the Gear S2 at the IFA trade show in Berlin.