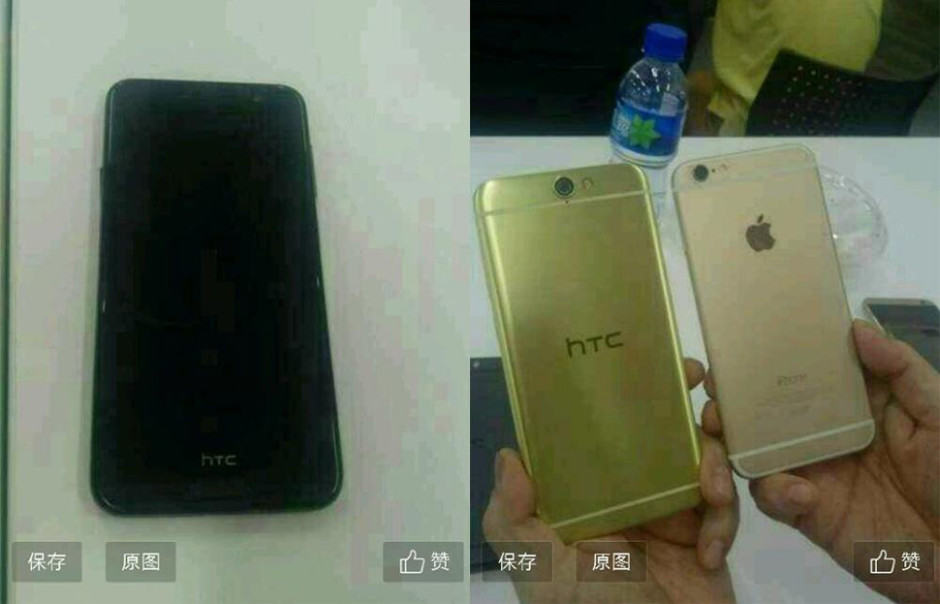 Cover up the logos and you can hardly tell them apart. Photo: Steve Hemmerstoffer

HTC appears to have given up on its own design language in an effort to make its next flagship smartphone an iPhone clone. Leaked images of the so-called HTC Aero look almost identical to an iPhone 6, with the same flat form factor and protruding camera.

The HTC One series has offered some of the prettiest Android-powered devices for the past three years, but it received criticism for the One M9 because it looked so similar to last year’s One M8. Not HTC looks to be ready to counter that with what seems like an iPhone clone.

The pictures above provide us with our very first glimpse at the HTC Aero, which could launch as the One A9, according to recent rumors. It’s back is almost identical to that of the iPhone 6, with the same protruding camera lens that’s been moved slightly into the center of the device.

Unlike the One M series, which has a rounded back, the Aero is also just as flat as the iPhone, and it sports an all-glass front with what could be a physical home button — though the images are too blurry to confirm this.

If you replaced the HTC branding on the Aero with an Apple logo, you’d think it was an iPhone prototype — it looks that similar. That’s not necessarily a bad thing, given that the iPhone is a pretty device, but it’s a shame HTC had to resort to copying Apple.

However, Samsung and Xiaomi have proven that taking this approach can pay off, so perhaps Aero will be the savior HTC so desperately needs right now.