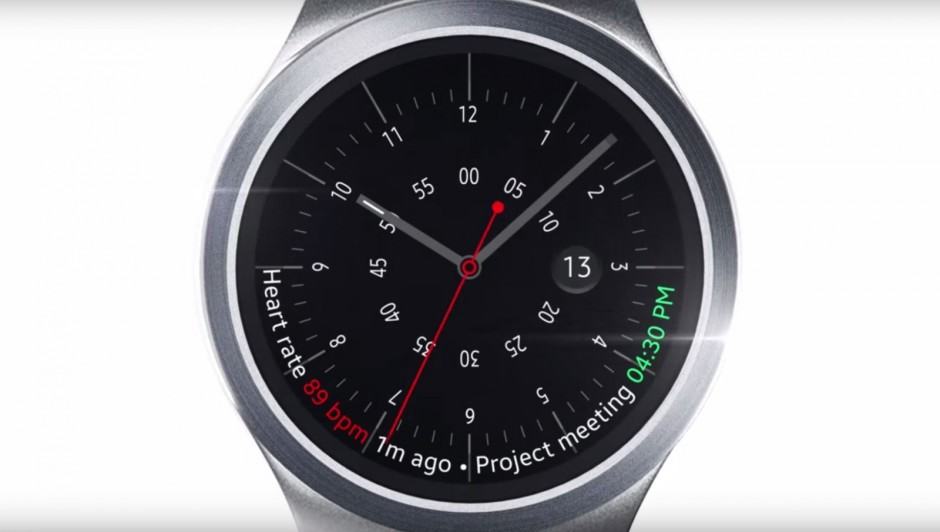 Samsung has given us yet another early glimpse at the Gear S2 smartwatch in a new promotional clip that showcases its all-new software and a number of key features. We also get a look at a number of its pretty watch faces.

Samsung confirmed the Gear S2 alongside the Galaxy Note 5 and Galaxy S6 edge+ at an Unpacked event in New York City last week — but the South Korean company didn’t actually tell us anything about it. We got some teaser images and a name, but we won’t get the juicy details until IFA.

In the meantime, Samsung has provided us with the 30-second clip below, which previews a number of watch faces, a stopwatch, health and fitness tracking apps, and the Gear S2’s launcher — all of which is powered by Samsung’s own Tizen platform.

If you’re interested in the Gear S2, be on the lookout for more information on September 3, when the device gets its official unveiling at IFA in Berlin. Of course, Cult of Android will have all the news as it breaks.