The Xperia Z3+ crashes when it overheats. Photo: AndroidPIT

Owners of the Xperia Z3+ who have experienced overheating issues with its Snapdragon 810 processor have taken cooling matters into their own hands using little more than a sheet of kitchen foil. Yes, it sounds silly, but you’ll be surprised how well it works.

Sony has already acknowledged that the Xperia Z3+ has a tendency to overheat — like other smartphones packing a Snapdragon 810 processor — but the Japanese company insists its normal. Owners of the device would almost certainly disagree with that, however.

When the Snapdragon 810 gets hot, it has to be throttled — and that means performance drops significantly. But that’s the best case scenario; in some cases, the device gets so hot it has to force-close important apps, such as the camera, after just a few seconds of use.

Sony has rolled out software updates to throttle the Snapdragon 810 in an effort to cool it down, but its issues still persist for lots of users. Now some of those have been experimenting with homemade cooling solutions, and they’ve been surprisingly successful with kitchen foil. 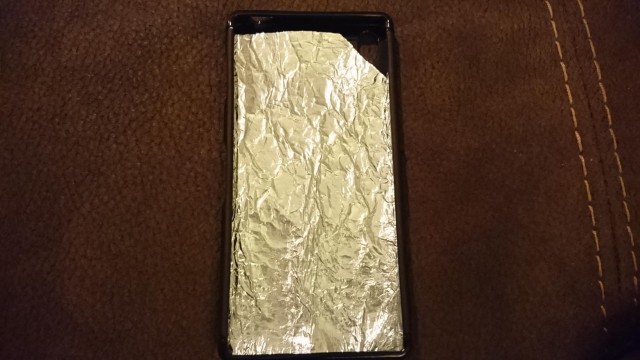 Placing a sheet of foil in between the Xperia Z3+ and its case helps heat dissipation, and significantly reduces the temperature of the device under heavy load. To demonstrate this, schecter7 of the XDA Developers forum ran several benchmarks with and without the foil applied. 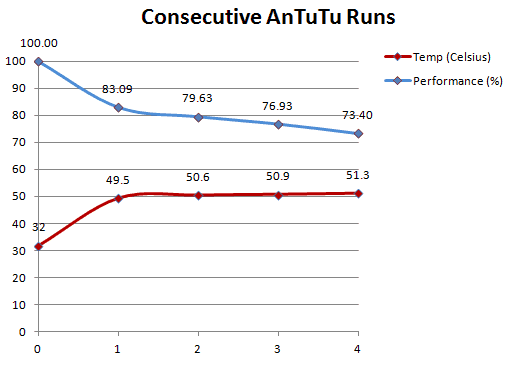 Add a case and a sheet of foil and the results are very different. Schecter7 found the temperature of the Xperia Z3+ under heavy load is reduced by more than 1 degree, which may not sound like a lot, but it makes a big difference. Performance remains above 80 percent after consecutive AnTuTu runs. 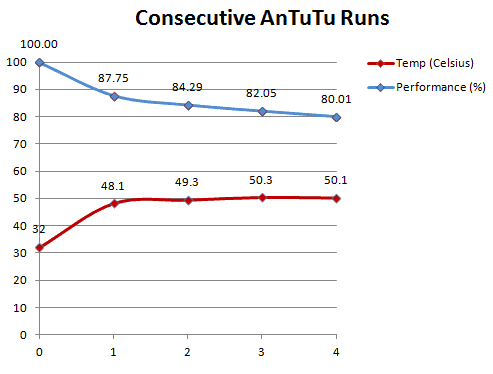 Other Xperia Z3+ owners on the XDA Developers forum have experienced similar success using this trick, but it does have its downsides. Not only does it force you into using a case, but covering the back of your Xperia Z3+ with foil will prevent you from using NFC.

It definitely doesn’t seem right that users have to resort to hacks like this to address what is clearly a serious issue with an expensive, flagship device in 2015. Sony should have eliminated this problem with the Snapdragon 810 before releasing the Xperia Z3+ — or used another processor altogether.

It’s no surprise Samsung decided not to use this chip, employing its own Exynos 7420 chip for the Galaxy S6 and S6 edge.