Samsung explains the rotating bezel that will feature on its new Gear. Photo: Samsung

Samsung today rolled out its new smartwatch SDK in preparation for “the next generation Gear device,” and it confirms one of the wearable’s biggest selling points (and Samsung’s answer to the Apple Watch’s Digital Crown) — a new rotating bezel.

Samsung’s SDK teaser late last month all but confirmed its new Gear would be round — like the Moto 360 and the LG G Watch R — and that doesn’t just mean it’ll look better than its predecessors. It also enables Samsung to introduce a new rotating bezel.

The rotating bezel is a ring that sits on the face of the watch, and like the Apple Watch’s Digital Crown, can be turned to control different things. Samsung’s documentation explains how it could be used to select different items — such as contacts; to scroll through lists; and to interact with notifications. 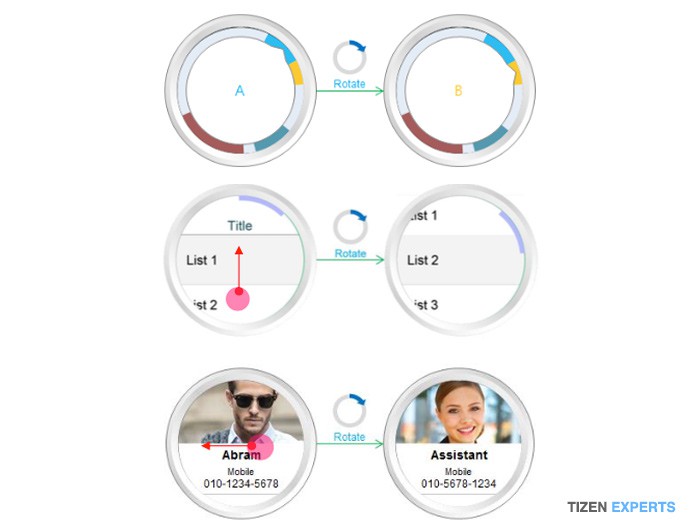 Three things the rotating bezel is good for. Photo: Samsung

Developers can download the new SDK now to start building apps for Samsung’s new smartwatch, and to try out sample apps that put that rotating bezel to use. It’s available on both Mac and Windows in 32- and 64-bit options via the source link below.

We still don’t know when Samsung will announce its new Gear, which is reportedly codenamed Orbis internally, but recent reports have said it could come alongside the Galaxy Note 5 at IFA in September. The device is expected to have a Super AMOLED display, an Exynos processor, and Wi-Fi connectivity.