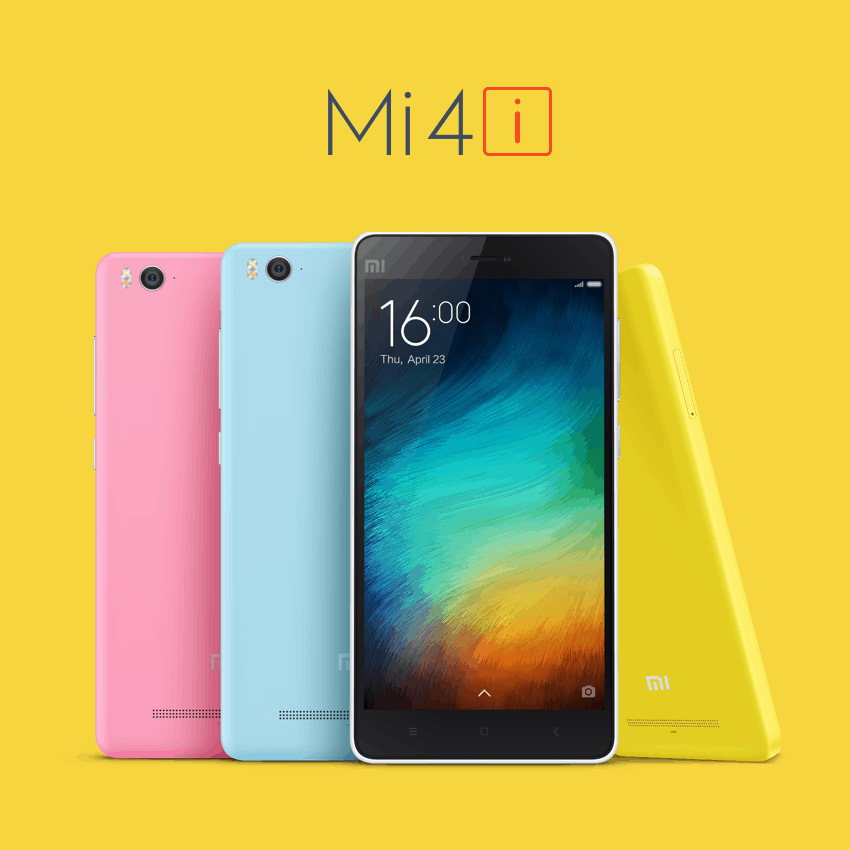 Xiaomi’s new Mi 4i looks a lot like another smartphone. Photo: Xiaomi

Xiaomi today unveiled its new Mi 4i, an attractive iPhone 5c clone made out of colorful polycarbonate with an affordable price tag. It’s the Chinese company’s first device exclusively for international markets, and it goes on sale later this month.

The Mi 4i is actually a miniature version of Xiaomi’s immensely popular Mi Pad tablet. It boasts a simple design that comes in five bright and beautiful colors — white, orange, light blue, pink, and black — and it boasts a matte finish with anti-grease coating.

Although it’s affordable, the Mi 4i actually delivers some impressive specifications. In addition to its 5-inch 1080p display, it carries a 64-bit octa-core Snapdragon 615 processor that is being manufactured in India, 2GB of RAM, and 16GB of storage.

What’s unique about the Mi 4i is that, unlike other Xiaomi devices, it won’t be exclusive to China; it will actually launch in India first on April 30, where it will cost 12,999 rupees (approx. $205) off-contract.

The Mi 4i will then make its way to Hong Kong, Singapore, Taiwan, and Malaysia. Xiaomi has not mentioned a launch for Western markets, but you’ll almost certainly be able to buy the Mi 4i in the U.S., U.K., and other countries on sites like eBay and Amazon shortly after its launch.