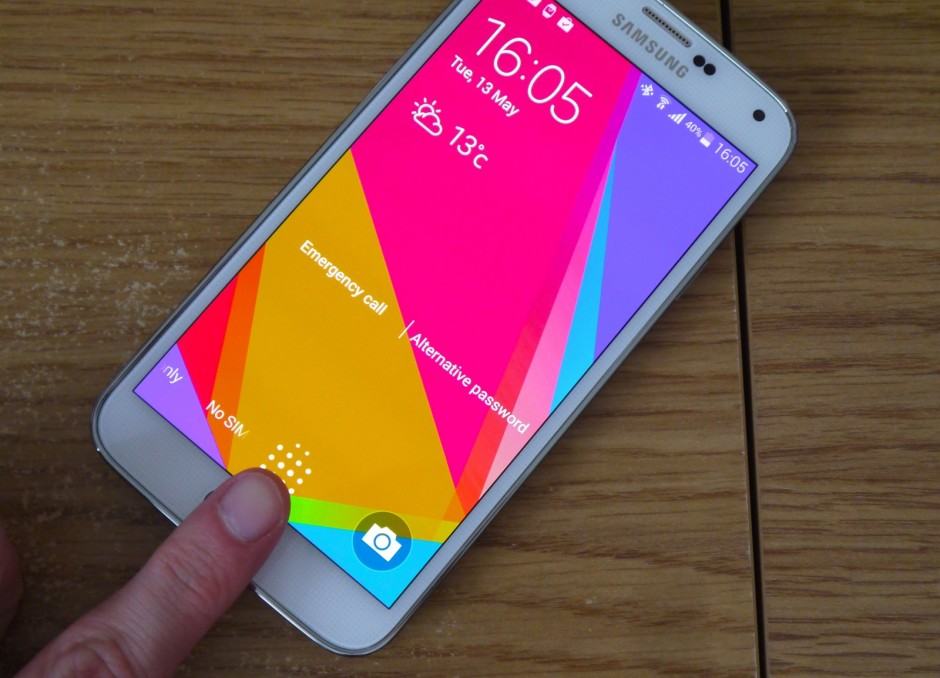 The design of Samsung’s upcoming Galaxy S6 may be under lock and key, but its specifications are already appearing in AnTuTu benchmarks. If the results are true, fans can expect a 5.5-inch 2K display, Samsung’s new 64-bit processor, and a 20-megapixel rear-facing camera.

The Galaxy S5 hasn’t quite been as successful as Samsung hoped it would be. In fact, sales have been so slow and the handset has received so much criticism for its design that the South Korean company actually fired three executive as a result. We can probably expect some big improvements for the Galaxy S6, then.

Exactly how big those improvements will be likely won’t be clear until next year when Samsung makes the Galaxy S6 official, but if these benchmarks discovered by Chinese site CNMO are accurate, the internal changes are definitely worth looking forward to.

The AnTuTu results suggest the Galaxy S6 will catch up with more recent handsets like the Galaxy Note 4 and the LG G3 and pack a 5.5-inch Quad HD display. That will be accompanied by an Exynos 7420 in some markets — others will likely get a Snapdragon 810 — as well as ARM Mali-T760 graphics, 3GB of RAM, and 32GB of internal storage. 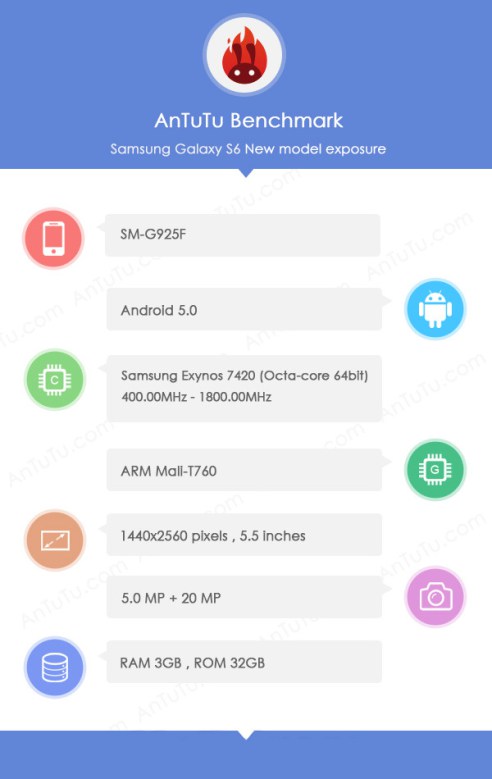 If only we could be sure these are real. Screenshot: AnTuTu

It’s worth noting that benchmarks like these can quite easily be faked, so it’s probably best you don’t get too excited about what you see here. Having said that, these certainly sound like plausible specifications for a 2015 flagships like the Galaxy S6, so even if they are fabricated, they’re unlikely to be too far off.

We don’t know what Samsung’s plans are for the Galaxy S6 yet, but the company will likely unveil the device next February — just before Mobile World Congress in Barcelona — as it has done in previous years.