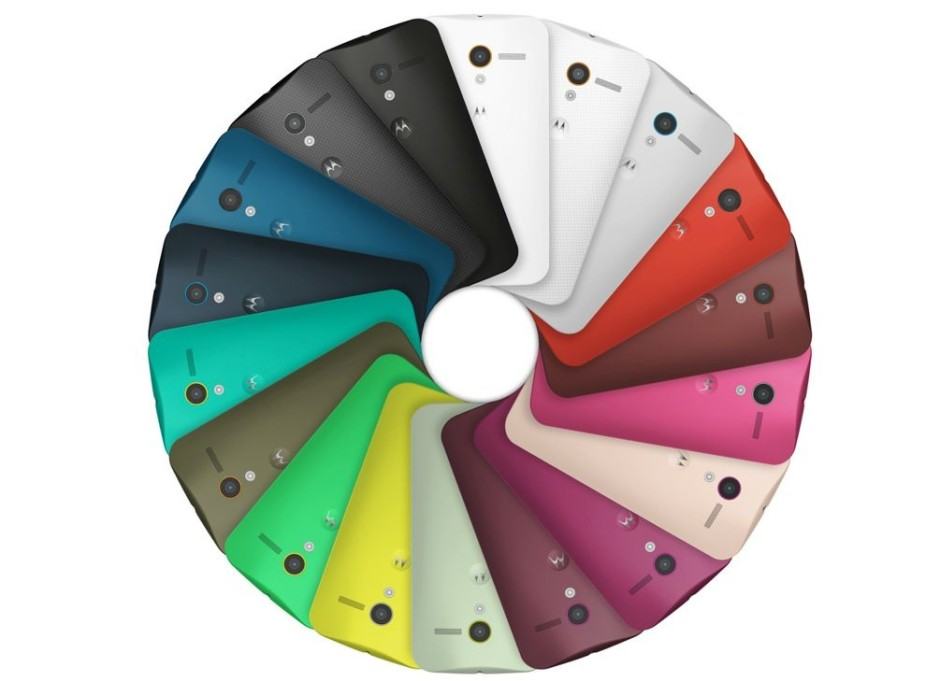 Another set of Moto X+1 benchmarks have been spotted ahead of the handset’s official unveiling, giving us an even better picture of its internal specifications. Highlights include a 5.2-inch display, a Snapdragon 800 processor, and a 12-megapixel rear-facing camera capable of shooting 4K video.

The benchmarks, spotted by a Droid-Life reader, come from GFXBench and detail a handset with the “XT1097” model number. This is the same device that popped up in Geekbench, another benchmarking platform, just last week. Both tests reveal identical specifications sheets, but the latest includes some details we haven’t seen before. 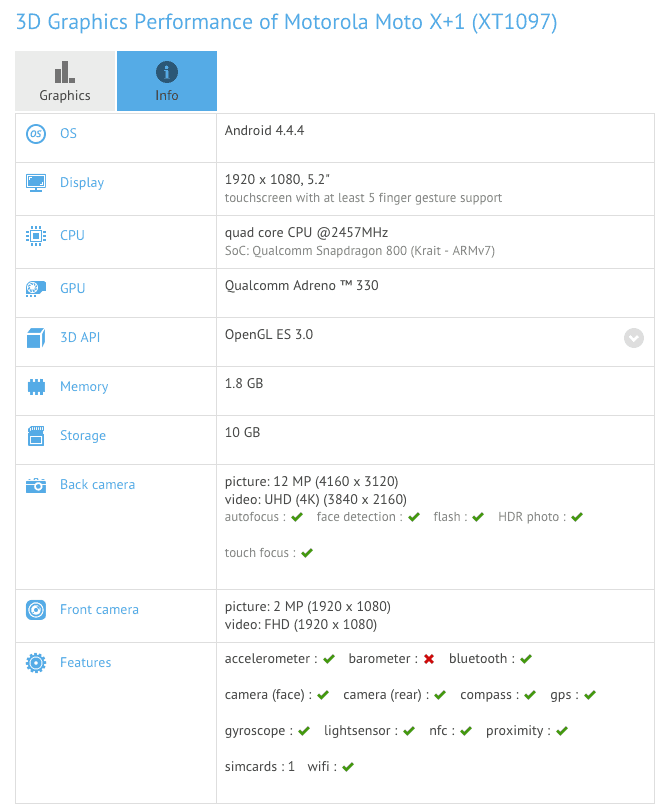 In comparison, the original Moto X had a slightly smaller 720p display, an older Snapdragon S4 Pro processor, and a 10-megapixel camera. Its predecessor will be a much-improved smartphone, then — but not so high-end that it starts to lose its relatively affordable price tag.

We still cannot confirm at this stage that these specifications are completely accurate; there’s every possibility this is a prototype device and that its internals could change ahead of the handset’s public release. But all should become clear on September 4, when Motorola kicks off its Chicago press event.