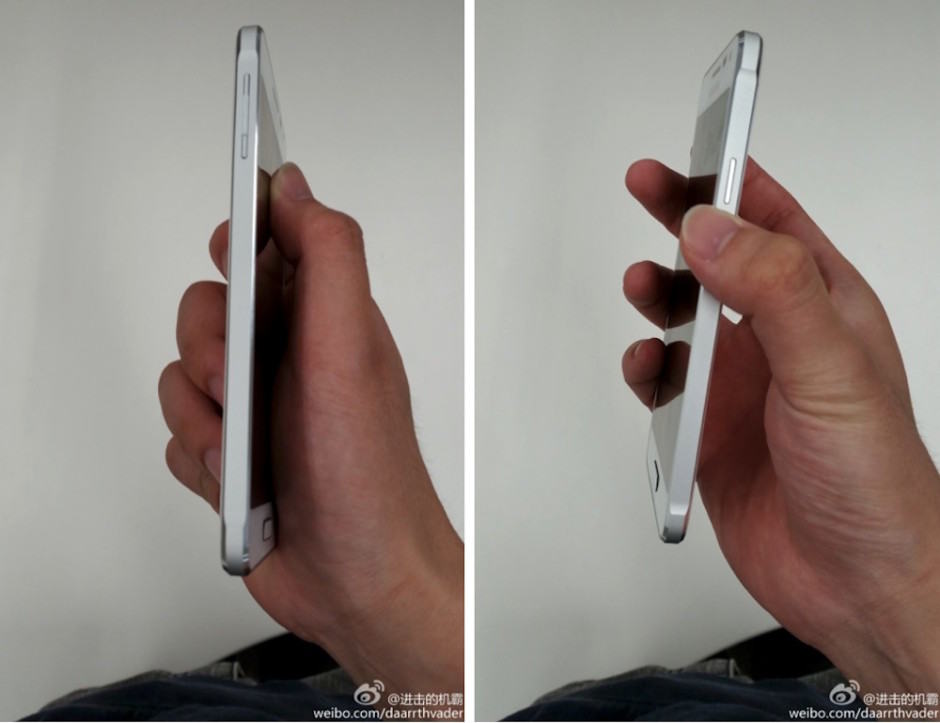 Although Samsung’s commercials often mock Apple and its devices, the South Korean company has been known to use Apple products as its inspiration. In fact, it has been so inspired by iOS devices in the past that it was recently found guilty of ripping them off and forced to cough up $119 million in damages.

That doesn’t appear to have deterred Samsung from copying again, though. Leaked images of its upcoming Galaxy Alpha smartphone suggest the device could be the company’s biggest iPhone knockoff to date.

Samsung has already promised that it will launch a smartphone made of “new materials” this year — following a long line of devices made from cheap and flimsy plastic — and recent rumors have claimed the Galaxy Alpha will be that device. Previous pictures of the handset haven’t quite been as exciting as those above and below, however.

While the others suggest the Alpha will look much like other Samsung devices, only with a stainless steel chassis instead of a plastic one, these images hint at a device with chamfered aluminum edges that, at first glance, look a lot like the iPhone’s. 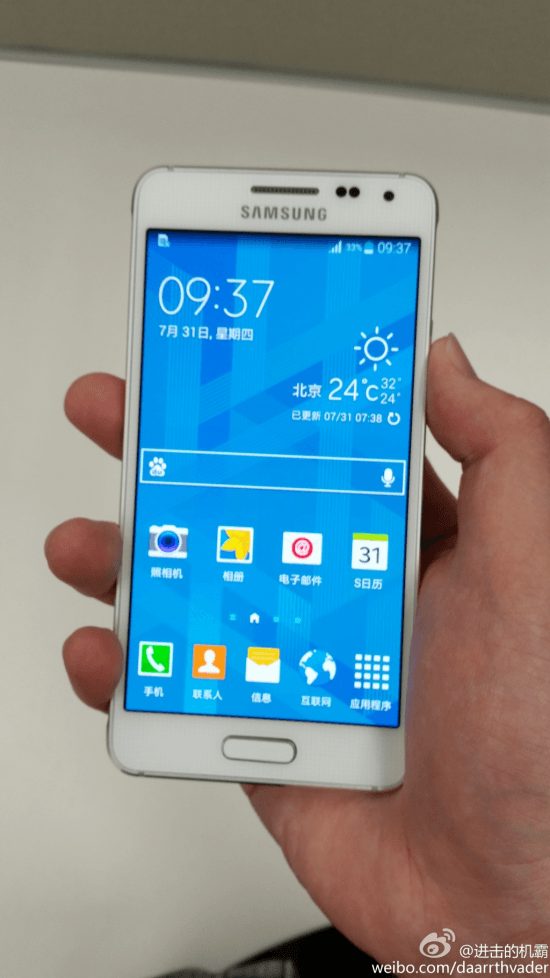 That’s about as far as the aluminum goes, however, with the Alpha retaining the spotty plastic back panel that’s been made famous by the Galaxy S5. This does have its advantages, however; a removable back panel usually means a removable battery — especially with Samsung handsets — as well as a microSD card slot.

These images first surfaced on Weibo, and although they look genuine, we cannot confirm that they are indeed of the Galaxy Alpha. Other images from SamMobile, a trusted source for Samsung leaks, suggest the device will look a lot different, so this could well be another handset Samsung has up its sleeve.