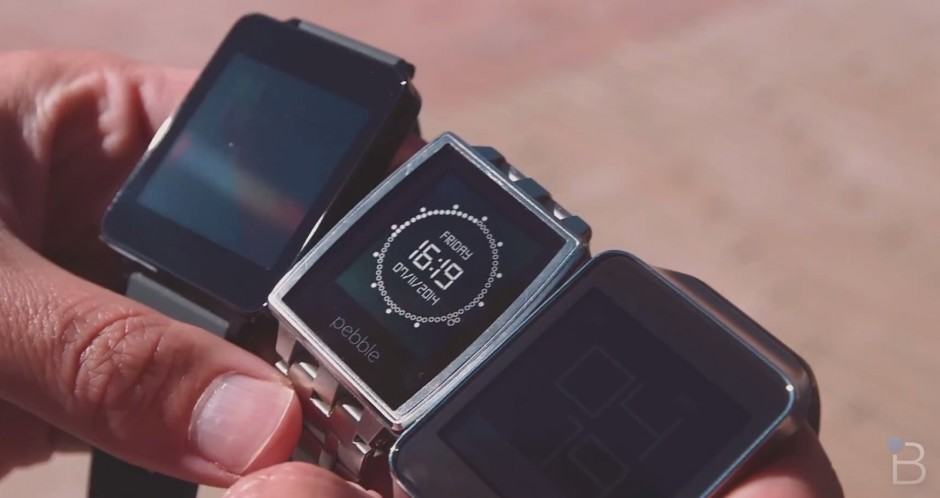 Most of us assumed bad battery life would be the biggest complaint about the first batch of Android Wear watches, but it seems not even the best battery life in the world could solve their most obvious flaw. Take an LG G Watch or a Samsung Gear Live outside on a sunny day and you’ll find they’re almost unusable.

“I’ve been using the G Watch for about two weeks now and have noticed that trying to read notifications or even the time outside is very hard to do,” reports TechnoBuffalo’s Mark Linsangan — and the same has been said by Gear Live owners.

The problem is that both devices have very reflective glass displays — just like that on your smartphone, only smaller. Unlike your smartphone, however, these watches aren’t super bright. That’s likely because their tiny batteries would die down even quicker with brighter screens.

That means that if you take them outside on a sunny day, they’re almost unusable. You’ll have to shield them well to see anything at all, and it makes for an ugly user experience that no one wants from an expensive watch.

“They both [the G Watch and the Gear Live] look pretty great on your wrist under the right conditions,” Linsangan concludes, “but not being able to see the screen in broad daylight can be a huge deal.”

The problem is most apparent when you compare the G Watch and the Gear Live to a smartwatch like the Pebble, which uses an e-ink display much like Amazon’s Kindle e-readers. As you can see in the image above, that’s perfectly readable in direct sunlight, though of course, it does lack color and touch input.

Android Wear is by far the most impressive wearable platform we’ve seen to date, and many have jumped at the chance to get their hands on it with one of the first Android Wear watches. But should we be holding onto our cash for better hardware? Well, it seems that depends on whether you plan to use them outside.