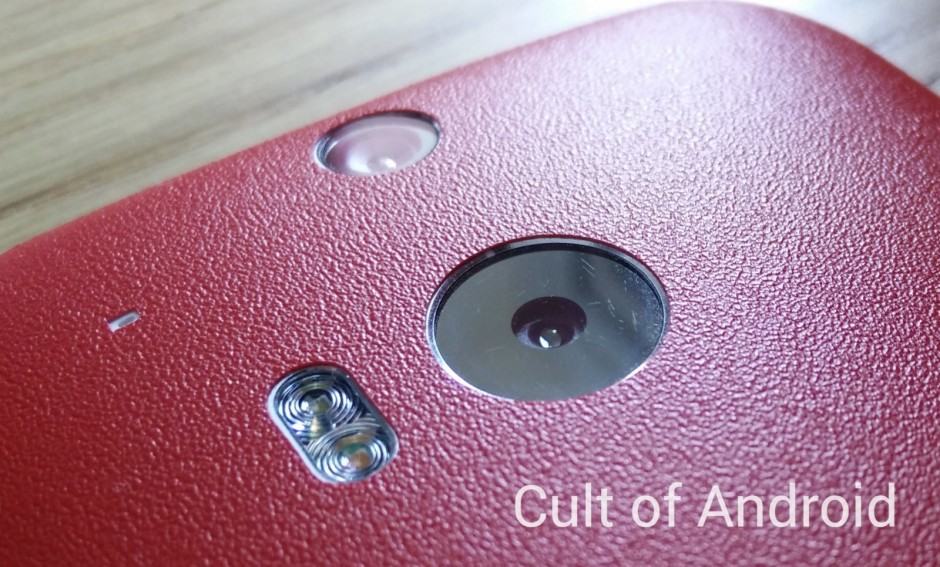 The HTC One M8’s camera doesn’t just get criticized for its 4-megapixel sensor, but also its seemingly substandard glass lens that picks up scratches worryingly easily during normal, day-to-day use. Fortunately, there is an easy fix for the latter.

All you need is a dab of toothpaste and a Q-tip and you can restore your One M8’s camera lens back to pristine condition.

If you’ve had your One M8 for a while, take a close look at its rear-facing UltraPixel camera and you’ll likely find a number of tiny surface scratches across its lens. They’re usually caused by the small specs of dirt and dust that are found inside your pocket, and not even using a case is enough to prevent them — though it will help.

If your phone picks up too many scratches, it can significantly effect the quality of your photos. Check out the two images before from one Android Central forum member; the one on the left was taken with a scratch-free lens, the one on the right was taken just two weeks later.

In most cases, however, the scratches aren’t on the glass lens itself, but in its “oleophobic” coating that is designed to keep fingerprints at bay. If you remove that coating, those surface scratches go with it. There are several ways in which you can do this, and they’re all super simple.

The easiest requires a couple of things you will almost certainly have in your bathroom already — toothpaste and Q-tips. First, apply a small dab of paste on your One M8’s camera lens and then use a Q-tip to gently message it across the glass. You’ll need to do this for a little while, but eventually your camera lens should be scratch-free.

You can also try the same method with alcohol or metal polish instead of toothpaste. Once you’ve removed the scratches from your camera lens, simply wipe off any left over solution — the toothpaste method can be particularly messy — with a damp microfiber cloth.

Alternatively, you can use just a drop of water and the edge of a credit card to try to peel off the lens coating. This one’s a little tricky, though, because it can be hard to get under it. But as it’s the cleanest, it’s worth a try before you move onto one of the solutions above.

HTC is actually repairing handsets with scratched camera lenses, so if you’d rather not attempt one of these fixes, you can give them a call and they’ll fix the problem for you. But of course, the new lens will ship with the same oleophobic coating, so you’re likely to run into the same problem after a few weeks.

Removing that coating is seemingly the only real fix, then. It may mean your camera lens picks up more smudges and fingerprints, but it should keep the glass free from surface scratches that will make your photos hazy. These tricks will also work on the M8’s front-facing camera, and on its predecessor, the One M7.

If you’re worried about protection, you can buy One M8 lens covers that you can quickly and easily swap out when they become worn.