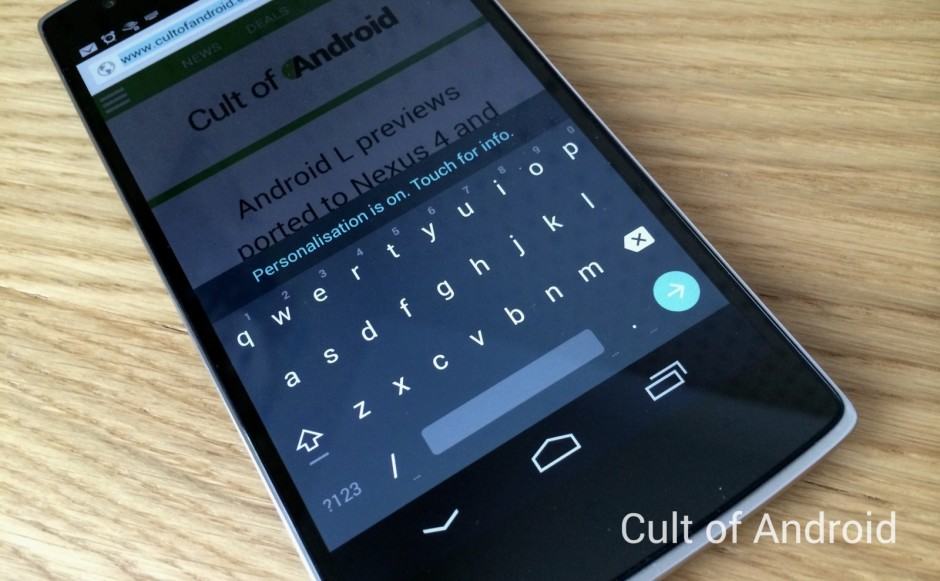 If you want a little taste of Android L without the bugs and instability that come with Google’s preview releases, you can start by checking out its awesome new keyboard, which is now available on almost any Android-powered device running Ice Cream Sandwich or later.

A third-party developer has extracted the keyboard APK from an official Android L preview build and made it available to download from Google Play. It’s free, has no ads, and does not require root. Having used it a lot over the past few days, I can confirm it’s surprisingly stable.

While we’d usually take third-party ports like this one with caution, this one comes from Shen Ye, a recognized developer and producer for XDA Developers TV. We know it can be trusted, then, and we highly recommend you check it out.

When Google first previewed Android L at Google I/O earlier this month, I, like many others, questioned the design of its new keyboard. I’ve been a long-time Google keyboard user, and I’ve loved its simplicity, ease of use, and most importantly, its big, evenly-spaced virtual keys that make typing on a touchscreen easy.

But the new Android keyboard doesn’t have any virtual keys. Instead, it simply has crisp white letters atop a flat background. Don’t let that put you off, though. I’ve been using the new keyboard exclusively for three days now, and it’s as good, if not better, than its predecessor.

It’s just as accurate and as reliable, it works in exactly the same way, and it’s incredibly stable. You can tap to type, use gesture typing, access emoji, and set different dictionaries. And once you’re used to the snazzy new look, you’ll find it’s a nice improvement over the old one.

To get the Android L keyboard yourself, simply follow the Google Play link below to download it.