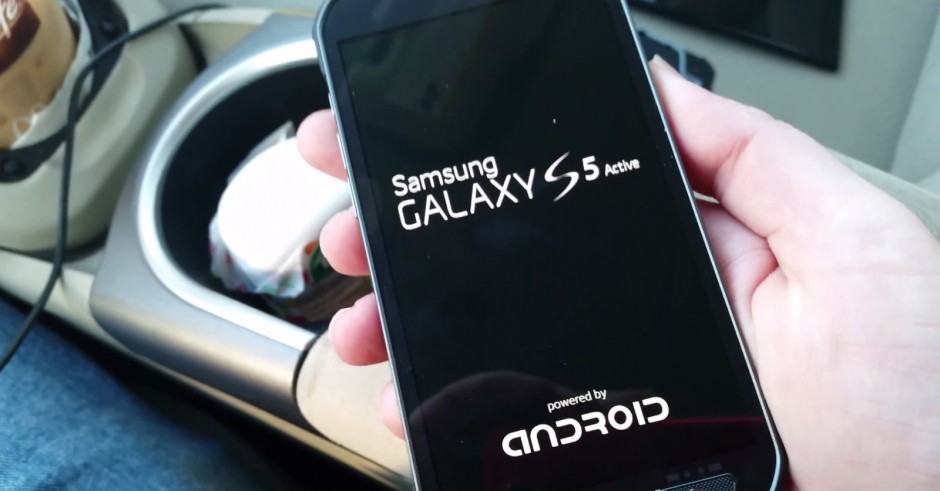 Product leaks don’t get much better than this, folks.

Samsung’s upcoming Galaxy S5 Active, a super strong version of the flagship Galaxy S5, has made its way out into the wild ahead of its official unveiling. No, we don’t have blurry photos or questionable press renders — but we do have a couple of clear, high-quality videos of the handset being used.

As expected, the Galaxy S5 Active is essentially a stronger, more robust version of the original Galaxy S5. It actually looks very similar to its sibling from the front, and its almost identical under the hood. It has three physical buttons — just like the Galaxy S4 Active — and a rugged, rubberized shell that protects its edges.

The device is set to be a big improvement over its predecessor. It has an AMOLED display this time around, as well as the same 16-megapixel camera and heart rate monitor that’s built into the Galaxy S5. According to its keeper, the Active’s display looks “much more crisp” than the Galaxy S5’s — even though the benchmarks say it offers the same 1080p resolution.

Other specifications include a quad-core Snapdragon 801 processor, Adreno 330 graphics, 16GB of internal storage, and 2GB of RAM. The device runs Android 4.4.2 KitKat with Samsung’s latest TouchWiz interface over the top — just as you might have expected — and it has a removable back that provides access to a microSD card slot.

As mentioned in the videos, this particular device is a prototype and there’s a possibility its final design may be slightly different. There’s no fingerprint scanner on this particular model, but there are some unexplained etchings around the buttons that could do something.