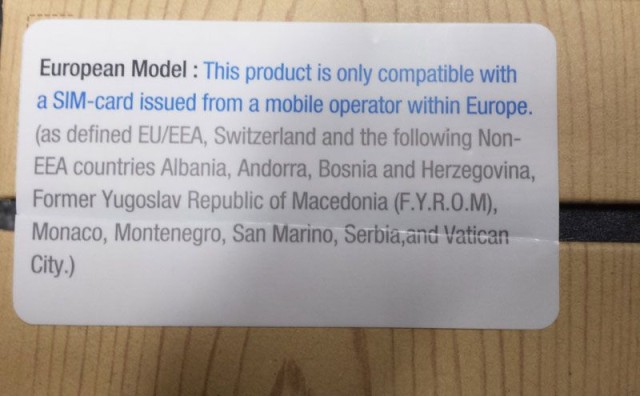 The Samsung Galaxy Note 3 went on sale in Europe this week, but before you purchase one online and have it shipped to the United States, there’s something you need to know. It appears Samsung is region-locking the new device to prevent it from being used with international SIMs, so handsets sold in Europe will only work with European operators — even if you buy them unlocked.

“This product is only compatible with a SIM-card issued from a mobile operator within Europe,” reads the sticker on the side of the Galaxy Note 3 box, which was first spotted by British smartphone retailer Clove.co.uk. As a result of this restriction, Clove has decided not to ship any Galaxy Note 3 orders outside of Europe.

The Galaxy Note 3’s region lock doesn’t just prevent you from buying one abroad and importing it into your home country; it also prevents you from sticking an international SIM card in it when you take it on holiday. So if you’re a Spaniard who decides to take a month-long vacation in Florida, you’ll have to pay excessive roaming fees for the whole time you’re there — or buy another phone.

This doesn’t just affect Galaxy Note 3 handsets purchased from carriers — it’s the same situation with unlocked units, too. And it’s not exclusive to Europe. Android Authority reports that devices built for American carriers will only work with American SIM cards. 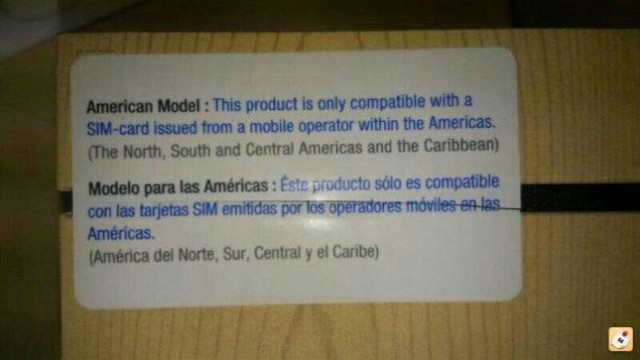 It’s unclear why Samsung is region-locking the Galaxy Note 3, and at the moment, we’re all pretty confused by it. No one really understands what the Korean company’s motive is here, and it’s hard to see what it will gain from this.

We’ve contacted Samsung and asked for some clarification on this, and we’ll update this post if/when we get a reply.